Episode 8 of the WHL Podcast heads over to Vienna, Austria for a check in with Taylor Vause (WHL Alumni – Swift Current Broncos) before coming back to North America for a conversation with Ty Ronning (WHL Alumni – Vancouver Giants). Finally, we wrap up the show with a two-for-one as two Edmonton Oil Kings heroes – Ed and Teresa Berdusco – join the show to discuss their roles as frontline workers amidst the COVID-19 pandemic.

Hosted by Zach Hodder, the WHL Podcast offers insight into the world of hockey through stories and perspectives shared by some of the biggest and best names from across WHL history. Currently available on Spotify, Soundcloud, YouTube, and at WHL.ca, fans will enjoy new episodes of the WHL Podcast each Wednesday. 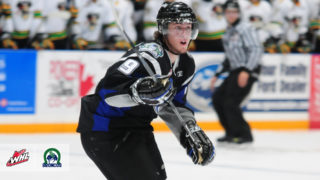 Vause, 28, is set to embark on his fifth season with the Vienna Capitals of the Ice Hockey League (formerly the Erste Bank Eishockey Liga). Through five full seasons in Europe, Vause has skated in 228 career regular season games, tallying 171 points (65G-106A).

Originally selected by the Swift Current Broncos in the sixth round (108th) of the 2006 WHL Bantam Draft, Vause enjoyed a 273-game WHL career, accruing 190 points (79G-111A) along the way. In 2012, he was named the WHL Humanitarian of the Year for his tremendous contributions off the ice and in the community. 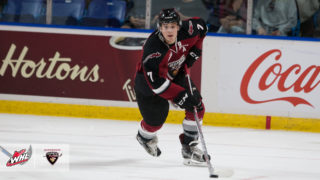 Ronning, 22, is preparing for his third season of professional hockey within the New York Rangers organization. Selected by the Rangers in the seventh round (201st overall) in the 2016 NHL Draft, Ronning has split his past two campaigns between the AHL’s Hartford Wolf Pack and ECHL’s Maine Mariners.

Originally selected by the Giants in the first round (15th) of the 2012 WHL Bantam Draft, Ronning skated for 285 career WHL regular season games, tallying 218 points (127G-91A). 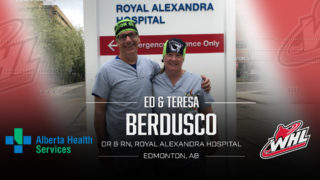