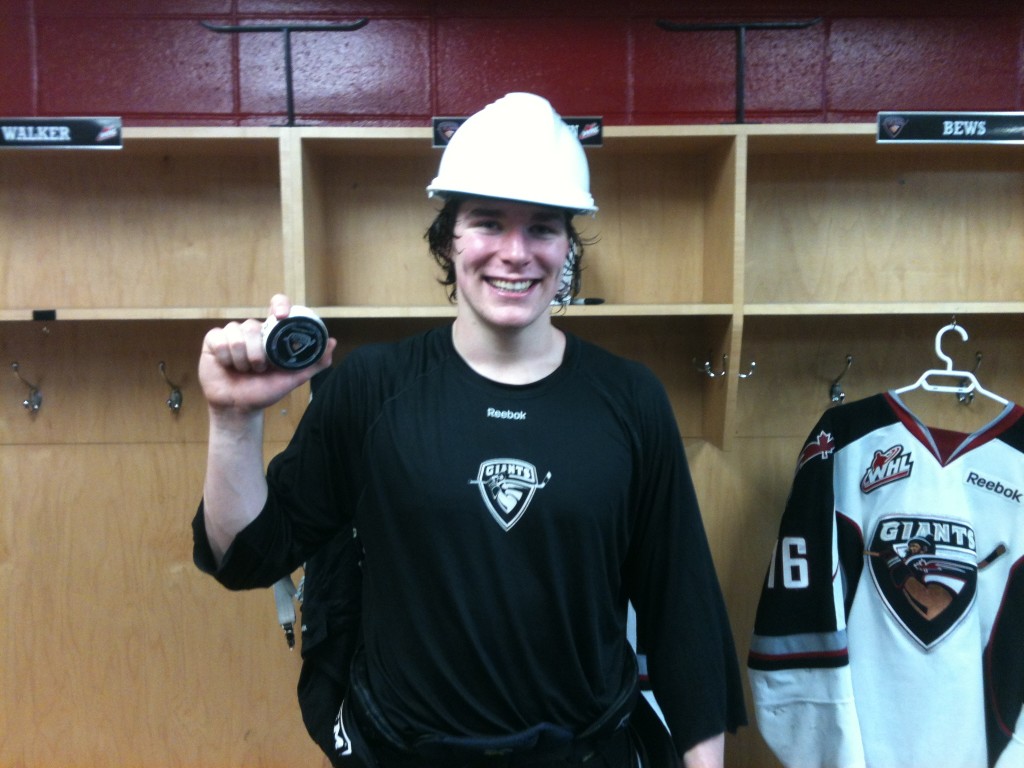 The Vancouver Giants improved to 6-1-0-0 on the season vs. Prince George with a 5-1 win over the Cougars Friday night at the Pacific Coliseum. The Giants finished the month of December 7-3-0-0 and are now 3 points back of Kamloops for 1st place in the BC division.

There was limited action in the opening period as both teams spent the first 20 minutes feeling each other out. No goals were scored as the Giants outshot Prince George 7-3.

The second period was a different story. Cain Franson opened the scoring 2:01 into the frame with his 15th goal of the season. However 6 minutes later the Cougars would tie the game up at 1-1. The Giants then got into penalty troubled, but fortunately Adam Morrison shut the door including a huge breakaway save off Spencer Asuchak. The Giants responded courtesy of Wes Vannieuwenhuizen. Playing his 104th career regular season, 114th if you count the playoffs, Vannieuwenhuizen scored his 1st career WHL goal to give Vancouver a 2-1 lead. They would add 2 more goals in the final minute of the period off the sticks of Brett Kulak and Taylor Makin to put the Giants in front 4-1 after 40 minutes. That would spell the end of the night for Cougars goaltender Devon Fordyce, who gave up all 4 goals on 20 shots. He was replaced by Drew Owsley.

Jordan Martinook added to the lead in the third period with his 22nd goal of the season. He is now just 2 goals behind Brendan Gallagher for the team lead. That would round out the scoring. Adam Morrison made 17 saves for his league leading 23rd victory of the season. Vannieuwenhuizen finished with a goal and an assist, earning first star honours.

The Giants now have a couple of days off before kicking off the 2012 calendar year Wednesday, January 4 against the Calgary Hitmen. Game time is 7:00 pm at the Pacific Coliseum. The pregame show begins at 6:30 pm on AM 650.