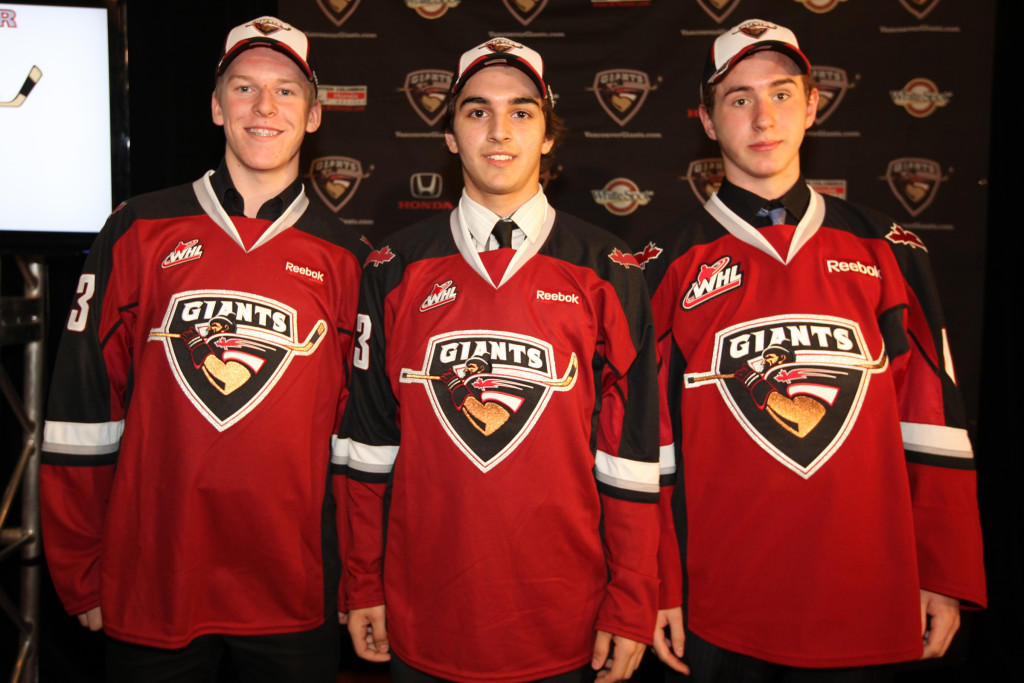 The Vancouver Giants are proud to announce the signing of Tyler Benson, Matt Barberis, and Ryely McKinstry to Western Hockey League Player Agreements.

Benson, who was selected first overall in the 2013 Western Hockey League Bantam Draft, broke records in Bantam by registering 146 points (57 goals, 89 assists) in 33 games with the South Side Athletic Club Southgate Lions of the Alberta Major Bantam Hockey League.  “It feels great,” said Benson of the signing, adding, “knowing all the work I’ve done all year has paid off, it feels great to be able to sign a WHL contract.”

Barberis, a Surrey native and product of the Burnaby Winter Club, was also selected in the first round, 20th overall. The defenceman tallied 48 points (18 goals, 30 assists) in 58 games with the BWC. “I’m really excited about signing with the Vancouver Giants,” said Barberis. “I look forward to playing in the WHL and would like to thank the Giants for providing me with the opportunity to be a part of such an accomplished organization.”

McKinstry, from Calgary, was drafted 23rd overall by the Giants. McKinstry had 36 points (9 goals, 27 assists) in 29 games with the Calgary Bisons Bantam AAA of the Alberta Major Bantam Hockey League. The 5’11” defenceman said he’s “very excited” to have signed with the Giants and added, “it’s a great organization and a great team. I’m happy to be a part of it.”