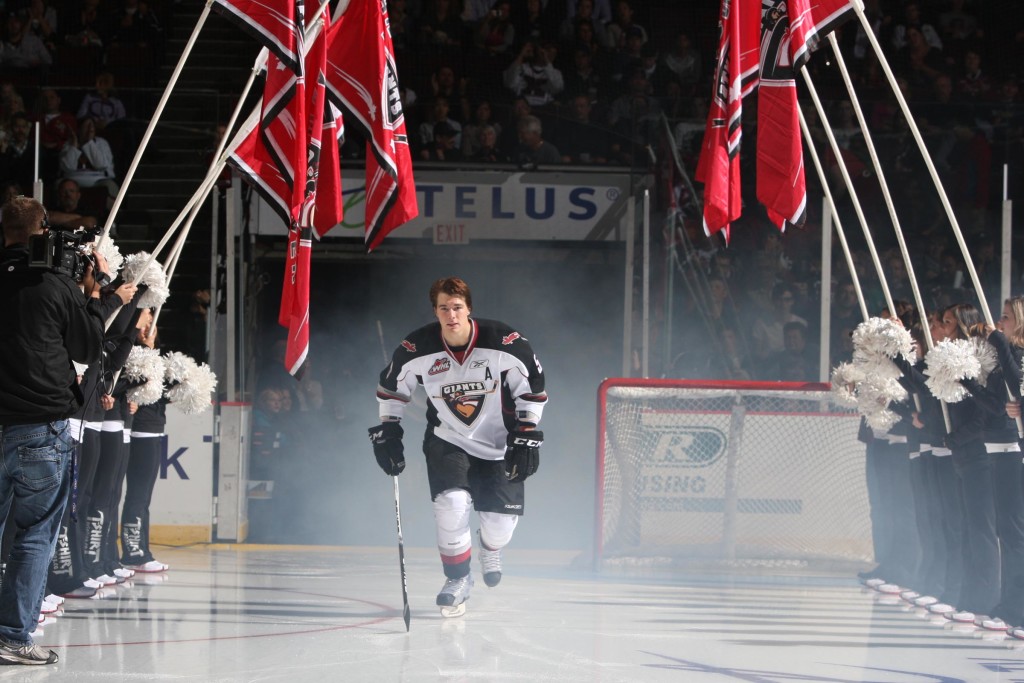 VANCOUVER, BC – The Vancouver Giants announced today that Wes Vannieuwenhuizen will wear the “C” for the upcoming season, taking over for Brendan Gallagher, who is expected to play in the Montreal Canadiens organization this season.

“Wes is a player that carries all the intangibles that we want in a leader” said Giants Executive VP and General Manager Scott Bonner. “He has made great improvements as a player, and we believe he’ll be a great role model for our group.”

The 20-year-old Vannieuwenhuizen is coming off his 2nd full season with Vancouver, during which he compiled 3 goals and 7 assists, to go along with 152 penalty minutes.

Vanniewenheizen and the rest of the returning Giants will take part in the annual Alumni Challenge intra-squad game tomorrow night at the Ladner Leisure Centre (7pm), where they will also kick off their pre-season on Friday against the Kelowna Rockets (7pm). The season-opener will be September 21st at the Pacific Coliseum versus the Victoria Royals (7:30pm).