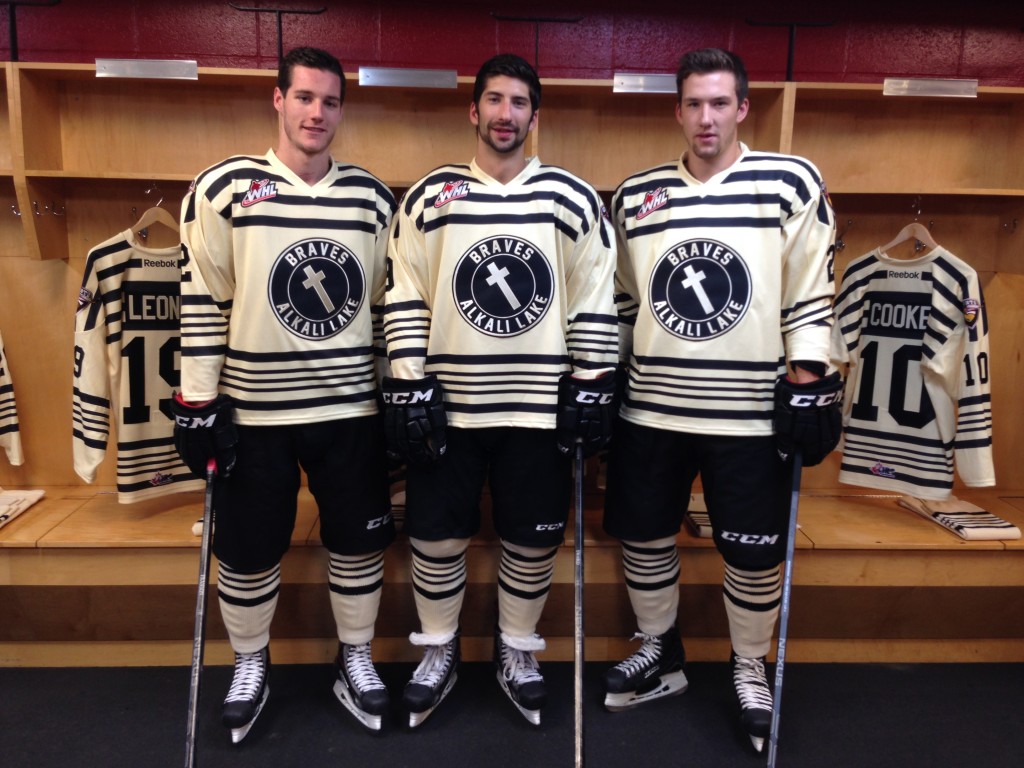 The Vancouver Giants will wear the tribute jerseys on Friday September 20 when they play the Victoria Royals to open the season. The jerseys will honour the contributions to the game by our First Nations.

The “lazy cross” depicted on the crest is the brand of the Alkali Lake Ranch where most hockey players on the Braves team worked.

The Alkali Lake Braves were led by Alec Antoine to a BC Northern League title in 1931. The Braves’ success earned them a chance to play against the powerhouse Vancouver Commercials. The Commercials swept the Braves in the two-game exhibition, but the opportunity to play against a professional team earned the Braves respect for their toughness and sportsmanship.

The courage that the Alkali Lake Braves displayed paved the way for players like Fred Sasakamoose, who became the first man from a Native Reserve to appear in the National Hockey League.

In addition to seeing the tribute jerseys on the ice this Friday, the first 5,000 fans will receive a Giants magnetic schedule + photo frame, plus ALL FANS can enjoy FREE ADMISSION TO PLAYLAND on Saturday, September 22 after 2:00pm by showing their Giants Home Opener ticket stub at the main gate.