Maybe the most exciting player to ever wear the Giants colours, Brule hasn’t met expectations since being drafted 6th overall by Columbus in 2005. The WHL became a boys league for Brule, so he starated the 05-06 season with the big club in Columbus, where he picked up 4 points in 7 games before encountering some injuries. As a result, he was sent back to the Giants where he finished with 23 goals in 27 games, before scoring 16 times in 18 playoff games and leading Vancouver to the WHL Championship. But it was a rough road after that for Gilbert. After 2 average seasons in Columbus, partway through 07-08, he was sent to the AHL’s Syracuse Crunch. That paved the way for a trade to Edmonton, to join the Oilers youth movement. Brule played parts of the 3 seasons with the Oilers, his most successful one coming in 09-10, where he picked up 37 points in 65 games. But again, 2010-11 was a tough campaign, and the following year Brule found himself with the Oilers AHL affiliate, the Oklahoma City Barons. He would get one more shot in the NHL with the Phoenix Coyotes last year, but after 14 points in 33 games, his contract was not renewed, and he became a free agent. Just yesterday though, Gilbert Brule decided to go a different route, deciding to experiment in Europe by signing a 1-year deal with the ZSC Lions in Switzerland, where he will play alongside 2 former Canucks – Ryan Shannon and Jeff Tambellini. He will also be coached by former Canucks Head Coach Marc Crawford. This former Giants tough guy has been able to make a living mostly in the AHL, since wrapping up his WHL career in Vancouver 2004-05. However, Triston did experience a couple of pit stops in the NHL, the first one with the team that drafted him, the Philadelphia Flyers. He played 8 games for them in the 06-07 season, where he picked up an assist, which wound up being his only NHL point (so far). He also had a brief 3-game stint with the Nashville Predators in the 2009-10 season. Entering 2012-13, Triston Grant is set to suit up for the Detroit Red Wings AHL affiliate, the Grand Rapids Griffins.

After captaining the Giants in the 07-08 season, Machacek embarked on a professional career with the Atlanta Thrashers (now Winnipeg Jets), where he put up very respectable numbers for their AHL team (formerly the Chicago Wolves, now St. John’s Ice Caps). However he failed to put up any points in 12 games with the Thrashers. Last season in 2011-12, he was an assistant captain with the Ice Caps, posting 50 points in 61 games. That prompted a call-up to the Jets, and Spencer made the most of it. In only 13 games, Machacek collected 9 points and was an impressive +8 during that span. However, he joins the long list of Giants who are currently restricted free agents. Another guy who only had a coffee break in Vancouver, Vincour joined the Giants for 24 games in 2009-10, collecting 12 goals and 22 points during that span. Since then, he’s split time almost 50/50 between the Dallas Stars and their AHL affiliate in Texas. Last year with the big club, Vincour had 4 goals and 10 points in 47 games. In 2012-13, he is entering the final year of his 3-year, entry level deal worth $1.865 million at the NHL level. 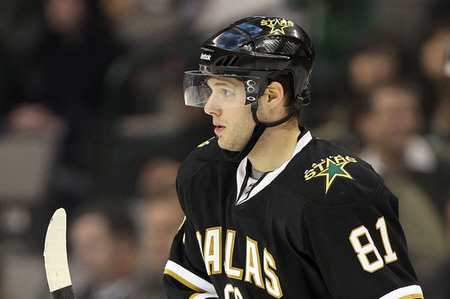 One of the most popular Giants of all time, Cunningham spent his entire WHL career in Vancouver until midway through his last season in 2010-11, when, as Giants captain, he was moved to the Portland Winterhawks to finish his major junior career (losing out in the WHL finals to the Kootenay Ice). Last year, he jumped straight into the AHL with Boston’s affiliate, the Providence Bruins. Once there, he made an immediate impact scoring 20 goals and 36 points in his rookie season. Now entering the 2nd year of his 3-year entry deal, don’t be surprised to see Cunningham in a Bruins jersey playing with former Giants teammate Milan Lucic in the near future. 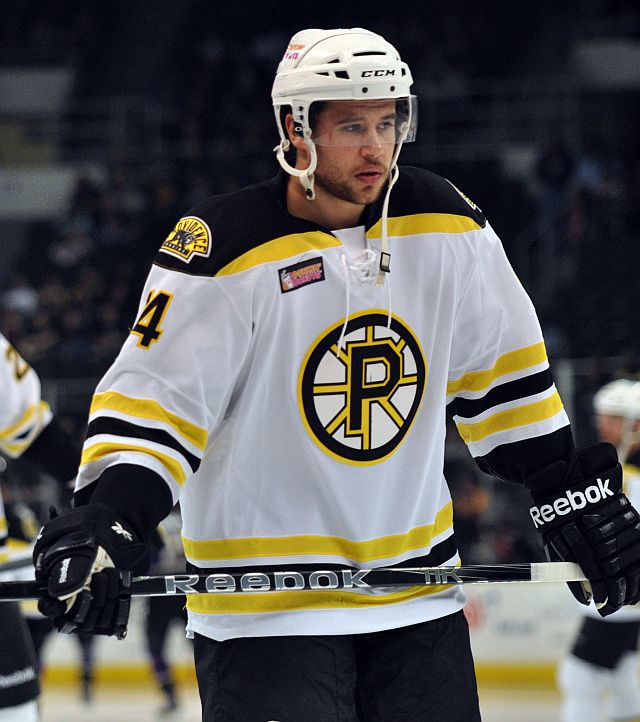