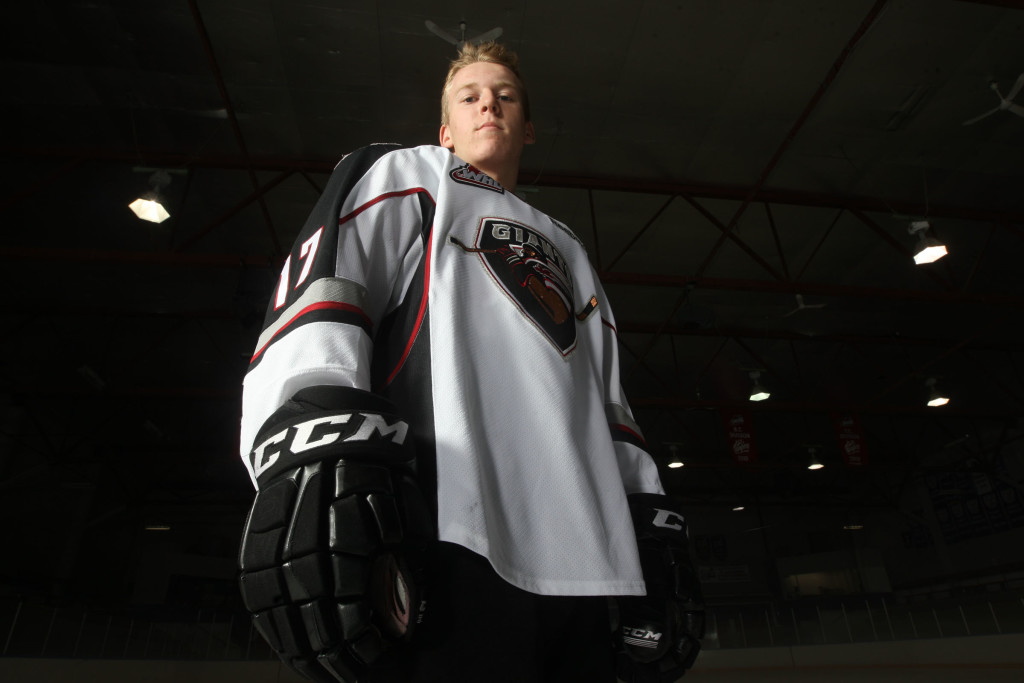 “I’m excited to be able to play my first Western Hockey League game as a Giant,” said Benson. “It’s going to be a good experience for me, and it’s exciting to know when I’m going to play so I can prepare for it.”

The 15-year old forward is currently in Kelowna playing for the Pursuit of Excellence Hockey Academy Under-18 Prep team. The POE U18 Prep team competes in both the North American Prospects Hockey League (NAPHL) and the Canadian Sport School Hockey League (CSSHL).

Benson is currently leading his team in scoring in the NAPHL with 15 points (6 goals, 9 assists) in 8 games played. In the CSSHL, Benson has also played 8 games in which he has 19 points (9 goals, 10 assists).

“We are all excited to see him in his first Western Hockey League game,” said Giants’ Majority Owner Ron Toigo. “It’s always exciting when these special players get into their first game. Last year, we got a peek of Alec Baer and Jakob Stukel debut as 15-year olds, and Benson should be just as exciting as they were to watch.”

Tickets for the game can be purchased by phone at 604-4-GIANTS or online at VancouverGiants.com.