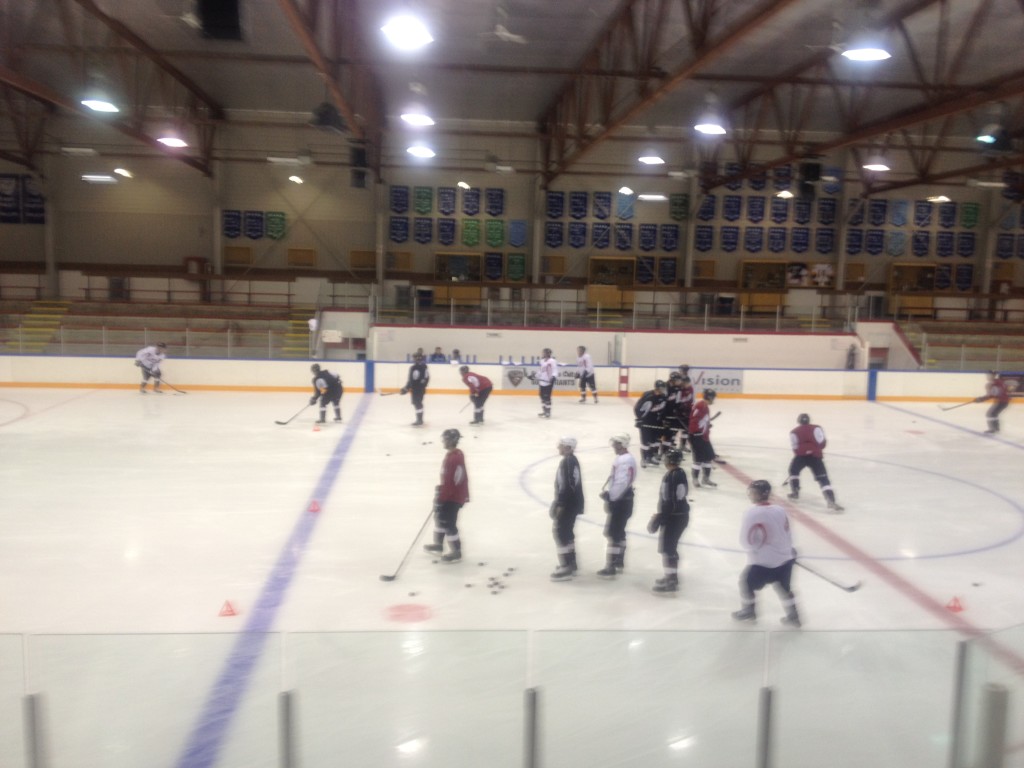 Today, the Vancouver Giants spent the morning and early portion of the afternoon at the South Delta Secondary School, where Strength and Conditioning Coach Ian Gallagher put them through the paces with some dry-land exercises and fitness testing.

Following the evaluations, 2 more releases were made. One was 19-year-old forward Matt Grant (spent most of last year with Cowichan Valley of the BCHL plus 4 games with Everett in the WHL), who seemed to perform whenever he was out on the ice, but was almost a victim of his age it seemed. The other release was 17-year-old Wyatt Johnson, who also had a solid run at camp and might be an option still next season at the age of 18.

It was grueling week of beating up on each other, but finally tomorrow the Vancouver Giants get a chance to put themselves to the test against an opposition, as the Kelowna Rockets visit the Ladner Leisure Centre for the first exhibition game for both teams.

In the meantime, while you await the game, listen to the thoughts of some of the key names at this year’s camp, which just wrapped up on Wednesday (keep in mind, these interviews were recorded on Monday with Alex Grebenyuk).

Wes Vannieuwenhuizen, 1 day before he was named Captain

Now ever since it was revealed on Tuesday morning that Wes Vannieuwenhuizen is the new captain, he has been in high demand from the local media. But his first radio interview was bright and early Wednesday morning with Scott Rintoul and Paul Chapman on The TEAM 1040.

LISTEN TO IT HERE