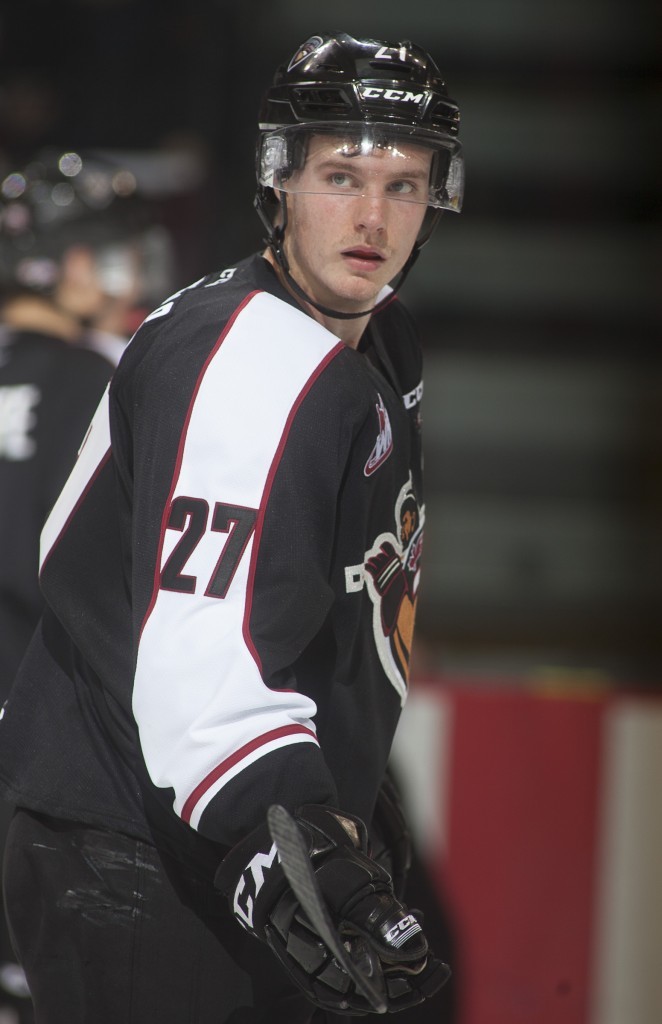 Ben Thomas scored two goals, but the Vancouver Giants lost 3-2 to the Everett Silvertips on Saturday night. Daniel Wapple made 25 saves in the Vancouver net.

Graham Millar opened the scoring for Everett in the first minute of the second period, finding the net on a power play, but Thomas equalized with a shot from the point, tallying his first as a Giant, less than five minutes later. Matt Fonteyne restored the Silvertips’ lead with a pretty backhand goal, and Patrick Bajkov made it 3-1 with a goal on a man advantage. Thomas pulled the Giants back to within one goal before the end of the stanza, beating Everett goaltender Carter Hart through the screen of Ty Ronning.

The Giants outshot the Silvertips 13-4 in the third period and had a couple of good chances to tie the game on a late power play, but the Everett club held on for the win.

Vancouver will now head to the Okanagan for a Wednesday matinee matchup with the Kelowna Rockets. Puck drop is at 2:05pm. Hear the action on TSN 1410.