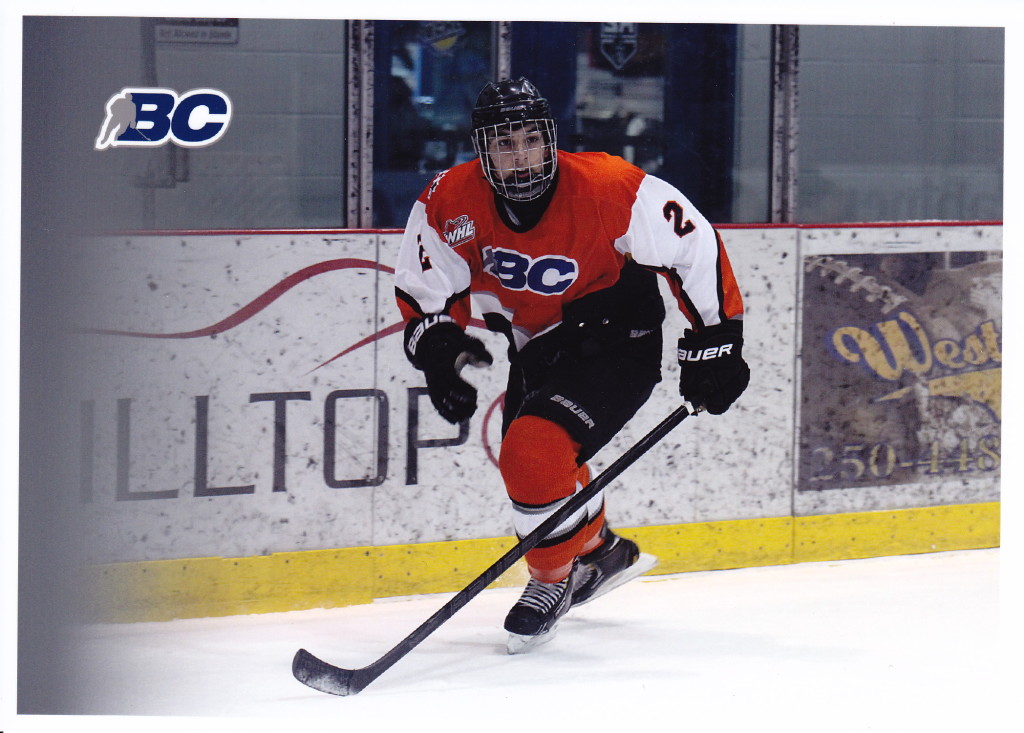 The Vancouver Giants would like to congratulate prospects Matt Barberis (pictured above), James Malm, Dawson Holt, David Tendeck, Darren Hards and Connor Kendall who will all participate on the Mac’s Midget AAA Tournament in Calgary, Alberta later this month.

Barberis and Malm both play for the Valley West Hawks of the BC Major Midget League. Barberis, who hails from Surrey, is the top scoring defenseman in the BCMML with nine goals and 28 assists in 21 games. The Giants drafted Barberis in the first round (20th overall) of the 2013 WHL Bantam Draft. Malm, a native of Langley, sits in second place in league scoring with 15 goals and 30 assists in 20 games. He was drafted by Vancouver in the second round (44th overall) of the 2014 Bantam Draft.

Holt will suit up for the Saskatoon Contacts of the Saskatchewan Midget AAA League at the tournament. The Saskatoon forward has eight goals and three assists in 21 games this season after being selected by the Giants in the first round (eighth overall) of the 2014 WHL Bantam Draft.

Tendeck is playing between the pipes for the Vancouver Northwest Giants of the BC Major Midget Hockey League. The North Vancouver native has a record of 8-4-0 in 12 games this season while also posting a 2.16 goals against average. Tendeck was drafted by the Giants in the sixth round (130th overall) of the 2014 WHL Bantam Draft.

Hards plays for the Cariboo Cougars of the BC Major Midget League and has eight goals and 17 assists in 20 games this season as a forward. The 16-year-old Prince George native was listed by the Giants as a free agent.

Kendall plays for the Calgary Royals of the Alberta Midget Hockey League and has four goals and 10 assists in 17 games this year. The 16-year-old forward, who hails from Calgary, was listed as a free agent by the Giants.

The Mac’s Midget Tournament runs from December 26 – January 1. The championship game will be played at the Scotiabank Saddledome on New Year’s Day. For a full tournament schedule, click here.