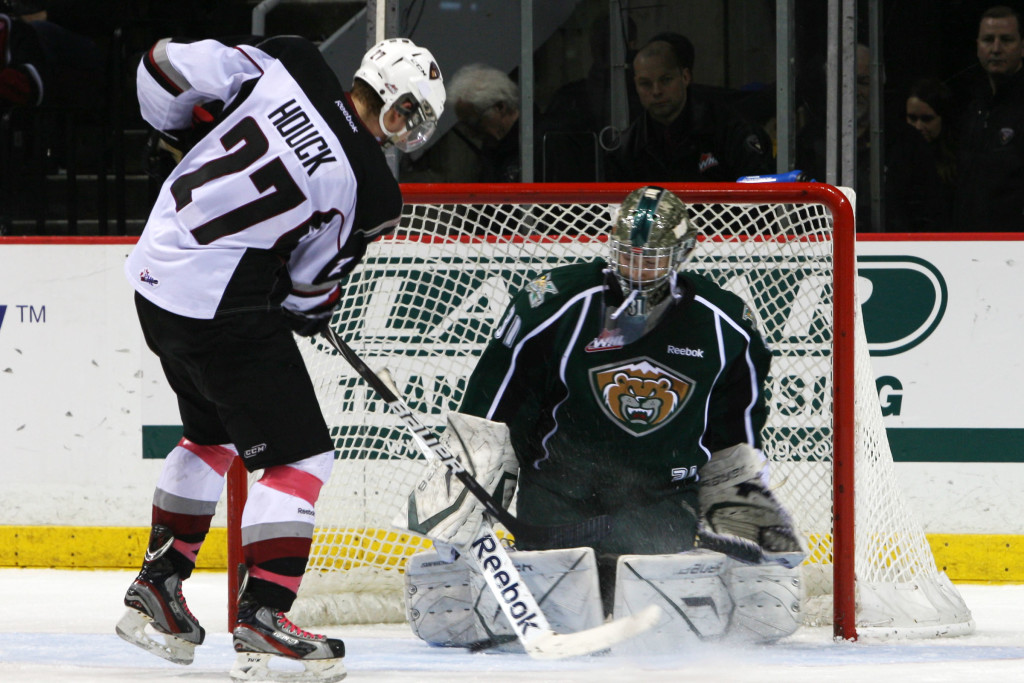 Everett’s John Winquist netted a hat trick and added an assist as the Silvertips downed the Vancouver Giants 4-0 at the Pacific Coliseum on Sunday. Mirco Muellers had the other Silvertips goal as Everett beat the Giants for the fifth time in five tries this season. 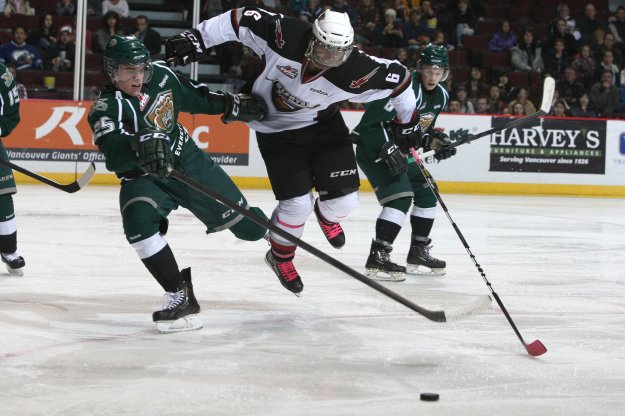 Vancouver native Manraj Hayer registered three assists for the visitors, while West Vancouver’s own Daniel Cotton earned the shutout. In fact, tonight’s game marked the second time he has blanked the Giants by the same 4-0 score this season.

Everett went 2-5 with the man advantage while the Giants’ powerplay went 0-6.

But in typical Vancouver Giants fashion, it still ended up being a memorable night at the ‘Rink on Renfrew’, marking the first ever Kids Day in the team’s history. Over 9500 fans packed the Coliseum on a night when Vancouver’s ‘other hockey team’ was ready to host game two of their season. 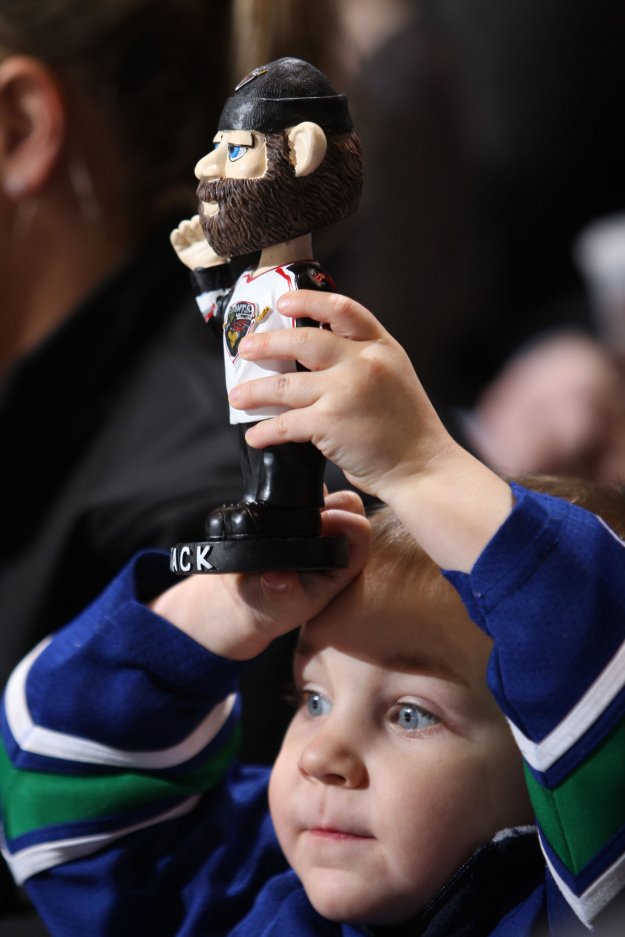 The first 1,000 kids age 10 and under received a free Jack the Giant bobblehead, while the real Jack invited some of his friends to join him in a game of Mascot Broomball during the 2nd intermission. 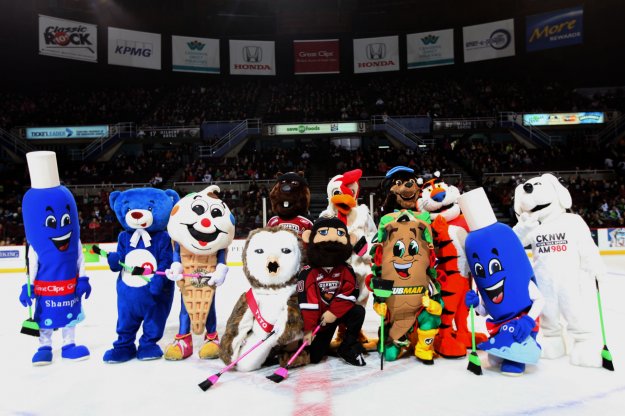 But that’s not all – half way through the second period a flash mob erupted in the north end blues! Almost 2,000 school kids from all over the Lower Mainland did an amazing job dancing a choreographed number in support of acceptance and anti-bullying awareness. The shocked crowd was on their feet as section, after section, after section unveiled their pink t-shirts while dancing in remarkable unison. The Giants also wore pink skate laces and tape in support of the cause. 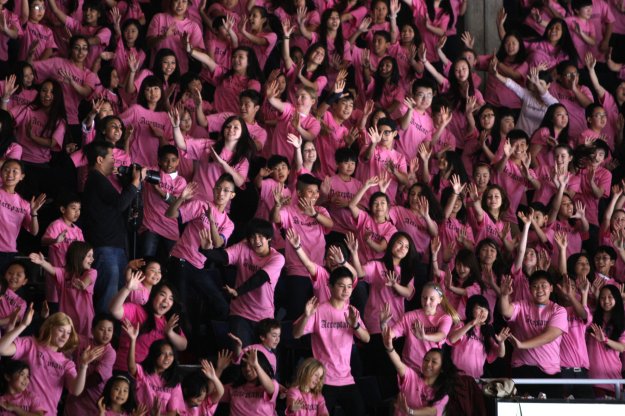 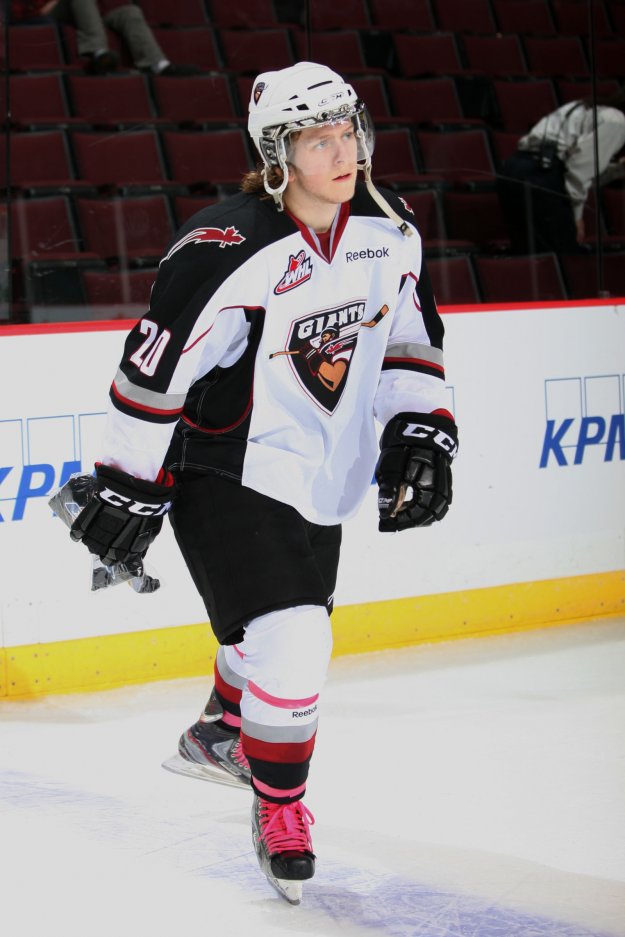