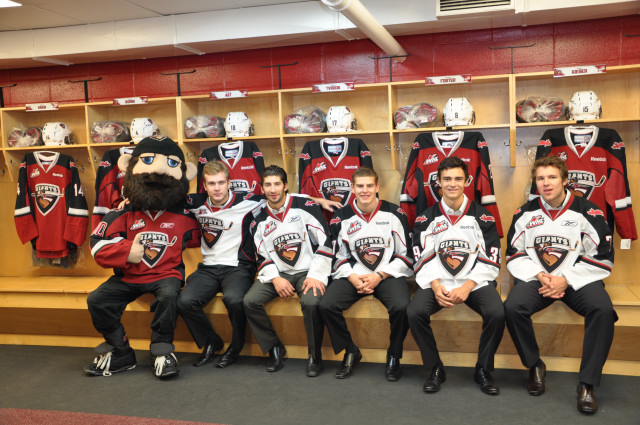 With a free lunch of hot dogs and drinks, and even some ice cream (courtesy of Marble Slab Creamery), some of the Giants’ biggest fans enjoyed a tour of the locker room, hockey stations including stick-handling and accuracy shooting, and speeches from Don Hay and Pat Quinn. Not to mention a meet and greet, and an autograph from every player on the team.

Also included at this year’s event was a “Speakers Corner”, where fans had an opportunity to give us their biggest cheer and show their support for the Giants, in a chance to appear on jumbotron promotions throughout the season.

It was an all-around great morning and early afternoon, as the fans got a sneak peek at the 2012-2013 version of the team.

The Vancouver Giants would like to sincerely thank every single person for attending this year’s event and for your consistent, dedicated support of the team. As well, thank you to all the PNE Staff that helped put on this event and served up the hot dogs. We look forward to doing it again next year.