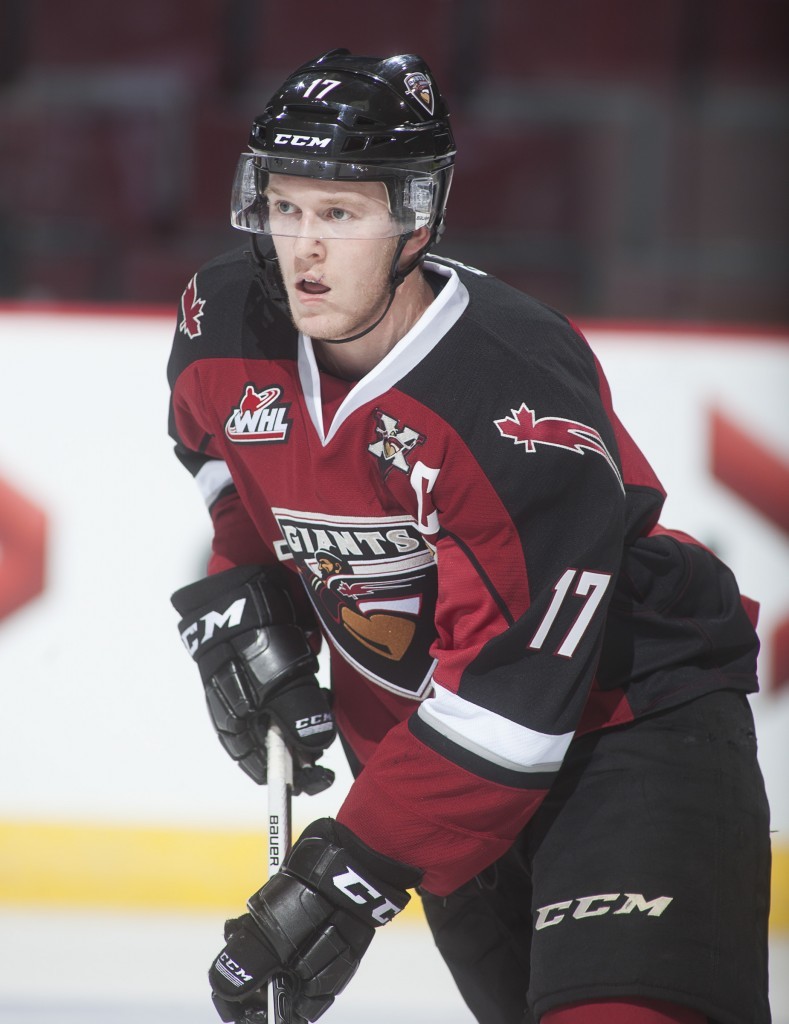 Tyler Benson scored Vancouver’s only goal as the Giants lost a close one, falling 2-1 to the Kelowna Rockets in a shootout on Wednesday afternoon at Prospera Place. Daniel Wapple was tremendous in the Vancouver net, stopping 30 of 31 shots.

Neither side scored in the first period, and Benson broke the deadlock at the midway mark of the middle frame, hammering a slap shot past Kelowna goalie Jackson Whistle on the glove side.

Wapple came up big in the third period, making an absolutely remarkable stop on Nick Merkley to preserve the Vancouver lead. Wapple was caught out of his net but dove across the crease from one post to the other to deny Merkley with the glove on a wraparound attempt.

A few minutes later, it looked like Wapple had made another colossal stop when he got his pad on a Tanner Wishnowski one-timer, but after a video review, it was ruled that Wapple’s pad was inside the net when he made the save, and the game was tied 1-1.

The Giants successfully killed off a full two minute penalty in the overtime period to force the shootout where Merkley and Justin Kirkland both beat Wapple while Benson and Ty Ronning were unable to score on their attempts.