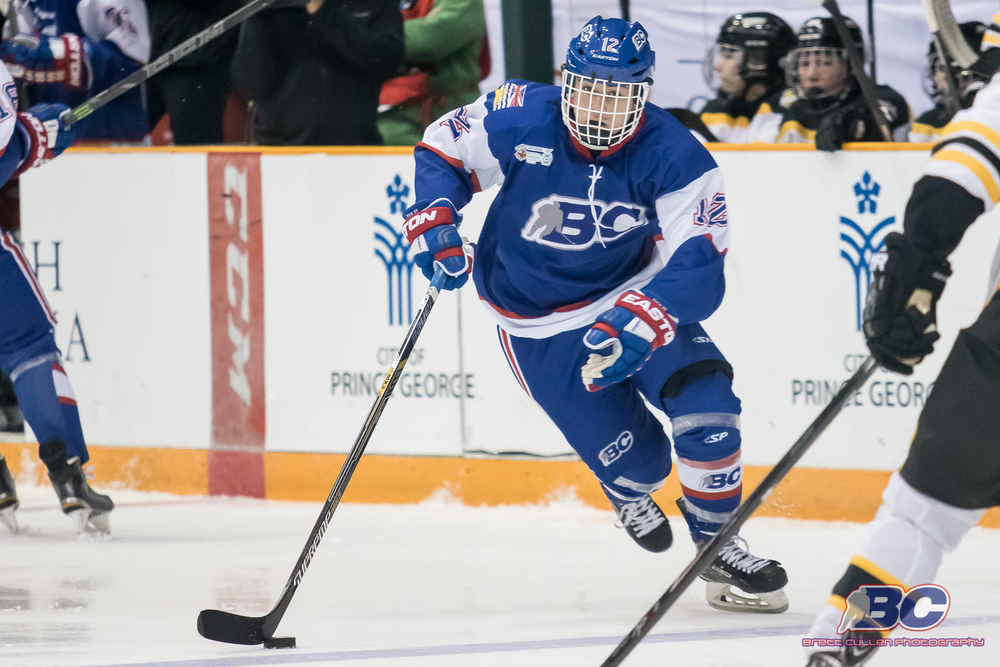 James Malm had a phenomenal 2014/15 season for the Valley West Hawks of the BC Major Midget League, but as a young player with high expectations of himself, you wouldn’t know that he finished second in the league in scoring and tops among 15-year-olds from talking to him. The humble Giants prospect described his offensive output as “decent numbers”, but in his first year of Midget hockey, Malm scored 20 goals and 46 assists in 31 games.

Certainly much more than decent.

More important for the Vancouver Giants prospect, though, was the progression he saw in his game throughout the season.

“I thought I developed a lot as a player,” said Malm. “I thought I was more reliable in the defensive zone. In my Bantam year, I really struggled playing defense, and it was a knock on my game. After this year, I think I improved my defensive game a lot.

And offense has been Malm’s trademark throughout his time in minor hockey. After drafting him at 44th overall in the second round of the 2014 WHL Bantam Draft, Giants General Manager Scott Bonner said that “James has the best hands in BC and is a power play player.”

But Malm’s commitment to improving his game inside his own blue line is an area in which his Midget coach, Jessie Leung, agrees he has greatly improved.

“At the end of the day, James’ primary talent is his offensive ability,” said Leung. “Having said that, he was great for us defensively. If he ever loses the puck, he takes it personally, and he’s going to go get that puck back, so his compete level away from the puck was huge. We definitely saw big improvements there.”

Now that the off-season is well underway, Malm is firmly focused on his goal of making the Giants roster out of training camp, but he knows that he has to put in a lot of time, both on and off the ice, if he wants to turn that goal into reality.

“I’ve been working harder than I ever have, and I’ve been in the gym five days a week,” said Malm. “I’ve been really trying to get my body weight up. I’ve gained about 10 pounds in the last three weeks, so I’m trying to get bigger, faster and stronger and have quicker feet.”

Like Tyler Popowich, who the Giants drafted in the first round of the 2015 Bantam Draft, Malm is a native of the Lower Mainland. Growing up in Langley, his family had Giants Season Tickets, so the opportunity to play in Vancouver is an exciting prospect.

“It was a huge honour,” said Malm of being drafted and signed by the Giants. “Of course the Giants are my home town team, so I can get my family and friends out to watch me play. Everyone knows the Giants where I live, so it’s really cool.”

“My goal is to play in the WHL as a 16-year-old, and I’m very excited to hopefully get things going with the Giants.”