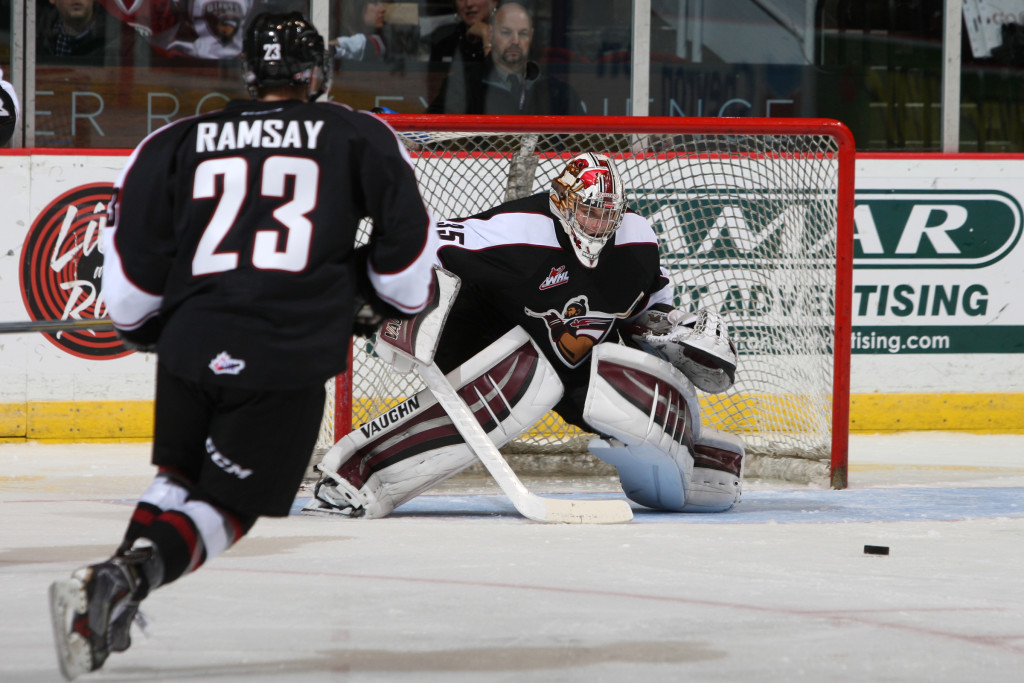 Alec Baer scored the game winning goal at 12:46 of the third period as the Vancouver Giants won their first road game of the 2014/15 season, edging the Seattle Thunderbirds 1-0 at the ShoWare Center on Saturday night. Cody Porter stopped all 38 shots he faced for his first WHL shutout in just his second WHL start.

Both teams traded chances throughout the game. Porter had to make a number of tremendous saves in the first 40 minutes, including an impressive right pad save off Seattle forward Scott Eansor. Baer broke the deadlock on a power play in the final frame, driving the net from the left corner and outwaiting Thunderbird goalie Taran Kozun before slipping the puck inside the right post. The T-Birds pulled the goalie in the final two minutes and generated a couple of nervy scrambles around the Vancouver goal, but Porter shut the door to preserve the victory.

The Giants will now return home to host the Kelowna Rockets on Sunday at 5:00pm. For tickets, call 604-4-GIANTS or click here.