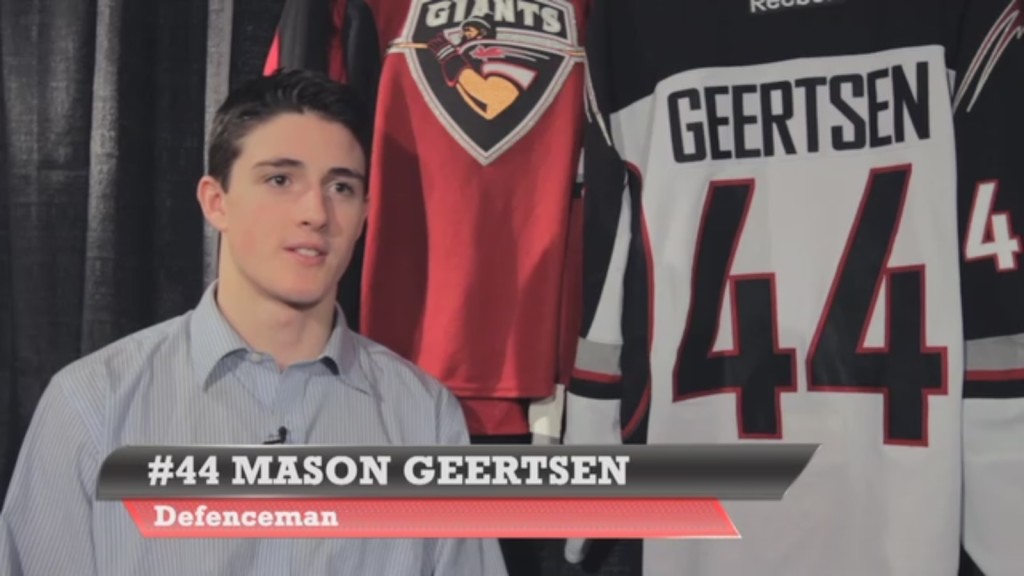 In anticpation of the upcoming National Hockey League draft, we sat down with draft-eligible Giant Mason Geertsen to find out more about where he got his start in hockey.

6’4″, 203lbs defenceman was acquired by the Giants from the Edmonton Oil Kings earlier in the 2012/13 season. Geertsen finished the year with 14 points (2 goals, 12 assists) and 130 penalty minutes in 73 Western Hockey League Regular Season Games.

The 2013 NHL Draft is set to take place on June 30 at the Prudential Center in Newark, New Jersey.

Get to know Mason by watching the video HERE