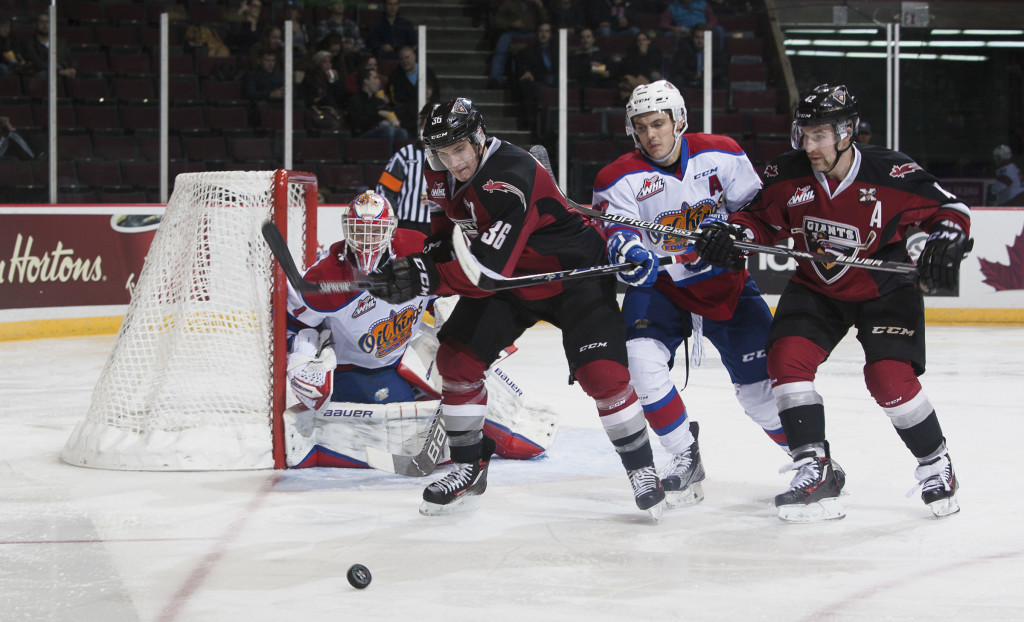 The Vancouver Giants lost 6-2 to the Edmonton Oil Kings at the Pacific Coliseum on Tuesday. The G-Men got their goals from Alec Baer and Brendan Semchuk.

Midway through the opening frame, the Oil Kings broke the deadlock with a goal from Andrew Koep to go up 1-0. Then with a couple of minutes left in the period, Lane Bauer doubled the Oil Kings’ lead to 2-0 when he potted his team leading 11th goal of the season.

The G-Men cut the Oil Kings’ lead to 2-1 early in the middle stanza when Baer scored his fourth of the season on a great tic-tac-toe play with Chase Lang and Dakota Odgers. But moments later, the Oil Kings restored their two goal lead when Ben Carroll scored to make it 3-1.

The third period saw a flurry of goals. Edmonton extended their lead to 5-1 early in the period, as Brett Pollock and Andrew Koep both scored in the early stages. Semchuk scored his first goal in the WHL to cut the Oil Kings’ lead to 5-2, but Edmonton responded with Bauer’s second of the game and 12th of the season.

The Giants are back in action Friday night when they host the Victoria Royals at the Pacific Coliseum on Lance Bouma Night! Puck drop is set for 7:30pm. For tickets, click here or call 604-4-GIANTS (604-444-2687).