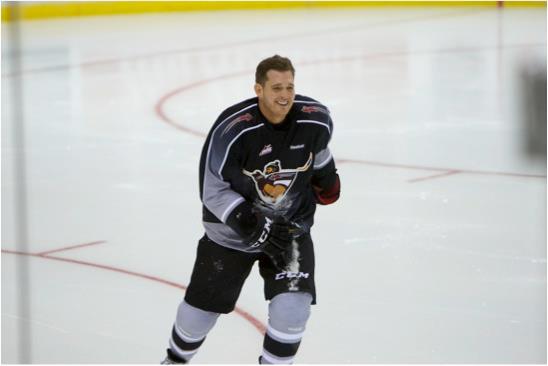 Hot off the heels of his 2012 Christmas Special “Home for the Holidays”, Giants Co-Owner Michael Buble visited the Pacific Coliseum to watch his team take on the Prince George Cougars on Teddy Bear Toss Night.

He received a tremendous welcome from the crowd when introduced as part of a pre-game cheque presentation during which the Vancouver Giants & White Spot Restaurants awarded the CKNW Orphans Fund & The Province Empty Stocking Fund with $10,000 for the team’s 2012 YouTube Challenge.

Buble then joined Brook Ward for an interview during the 2nd intermission of tonight’s broadcast on Team Radio. If you missed that interview, you can listen to it HERE.