Martinook Selected by the Phoenix Coyotes 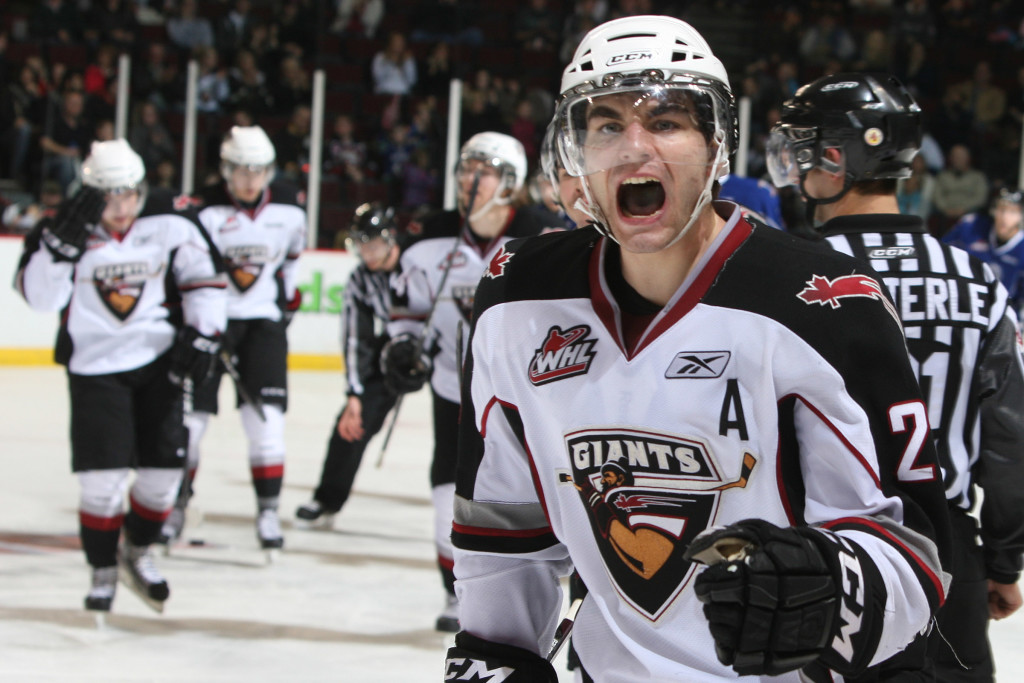 Center Jordan Martinook has become the first Giant selected in the 2012 NHL Draft. The native of Leduc, Alberta, has been chosen in the 2nd Round, 58th overall, by the Phoenix Coyotes. Martinook enjoyed a break-out season in 2011/12, his second with the Giants, registering 40 goals and 24 assists. He joined the Giants as a list player prior to the 2010/11 season, and joins the likes of Cody Franson, Spencer Machacek and Milan Lucic, as Giants list players who have gone on to become NHL Draft Picks.

Martinook connected with Brook Ward to talk about the experience – LISTEN HERE.