Martinook Leads Giants To A 5-2 Victory Over Kelowna 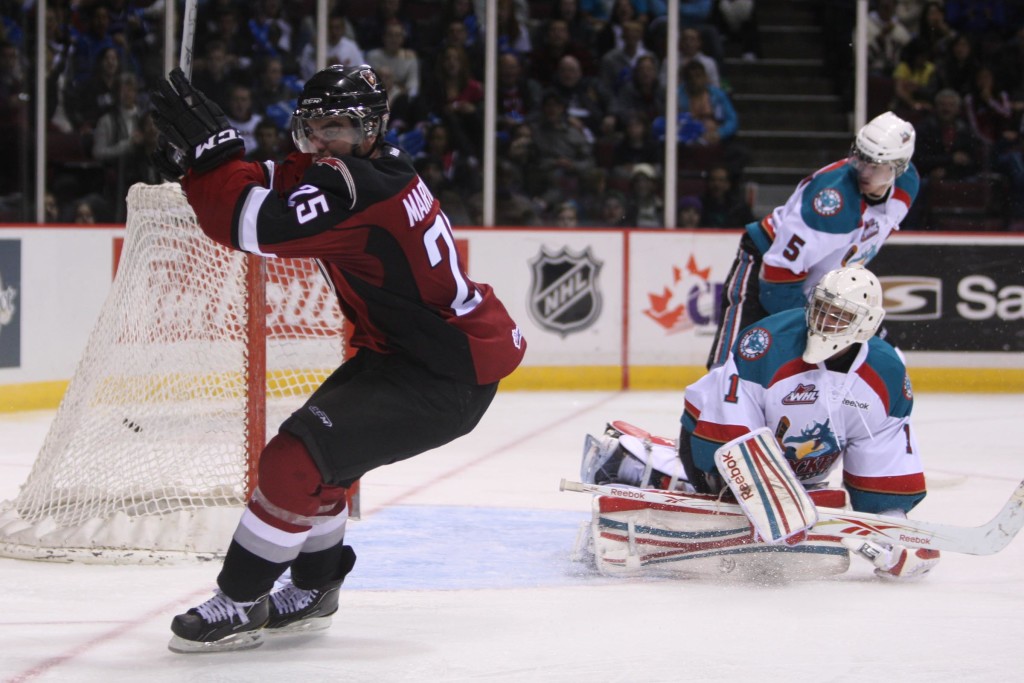 The Vancouver Giants improved to 6-1-0-1 on home ice with a 5-2 victory over the Kelowna Rockets Sunday night at the Pacific Coliseum. Jordan Martinook led the way with 2 goals and an assist, while Brendan Gallagher had a goal and 3 helpers.

Looking to build off Friday night’s dominate performance vs. Victoria, the Giants once again came out of the gate quick, outshooting the Rockets 14-1 early on, but were unable to beat Adam Brown. Final shots in the frame were 14-6 in favour of Vancouver; however, it was scoreless through 20 minutes.

The Giants got on the board early in the second period as Jackson Houck scored his 2nd goal of the season, converting a nice feed from Cain Franson to put Vancouver up 1-0. Just 1:27 later Jordan Martinook made it 2-0 beating Brown on a great individual effort for his 5th goal of the year. Before the period was out the Rockets would get on the board to cut the lead to 2-1 after two periods.

Five mintues into the third period the Giants got just their second power play opportunity of the game and they would make the Rockets pay as Brendan Gallagher’s one timer found the back of the net for his 10th goal of the season. Marek Tvrdon and Martinook had the assists. Martinook would later score his 2nd of the game and 6th of the season to give the home side a 4-1 lead. The Rockets would score on the man advantage to make it a 4-2 game, but Cain Franson would ice the game with an empty netter to give the Giants a 5-2 victory. Adam Morrison made 26 saves in net for the win.

The Giants wrap up their homestand Tuesday evening when they play host to the Prince George Cougars at the Pacific Coliseum. It is the first of three straight vs. the Cougars. Game time is 7:00 pm. The pregame show begins at 6:30 pm on AM 650.