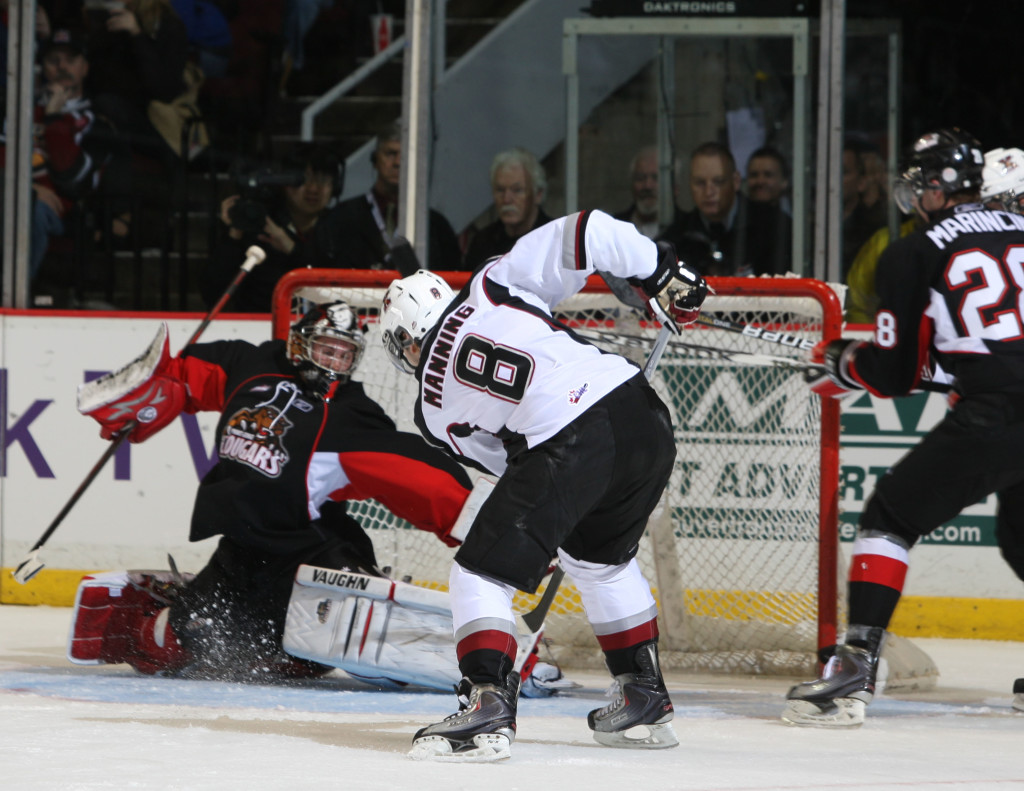 The Vancouver Giants Hockey Club is pleased to announce that graduating 20-year-old defenceman Neil Manning has committed to attend the University of British Columbia, where he has been accepted to the Sauder School of Business. Manning will also suit up for the Thunderbirds Mens’ Hockey Team under the tutelage of former Giants Head Coach, and current CIS Canada West Coach of the Year, Milan Dragicevic.

Manning says “I am so excited to start a new chapter in life, both on and off the ice. UBC has a world-class business program, brand new facilities from the 2010 Olympics, and is building a hockey team that can compete with the top schools in Canada. And I’m thrilled to be staying here in Vancouver, a city I have really grown to love. I would like to thank the Giants ownership, staff and fans for everything they have done for me over the last five years, and now I can look forward to the next four with great excitement.”

Manning joins former Giants teammate, goalie Kraymer Barnstable, on the roster, and follows a long of list of Giants to join the T-Birds, including John Flatters and Mitch Bartley. He leaves the Giants as the first player to complete a full 5-year stint with the team, having first suited up during the Giants’ Memorial Cup Championship season of 2006/07. He holds the team record for Career Games Played (310) and sits 4th all-time in Career Power Play Goals (35).