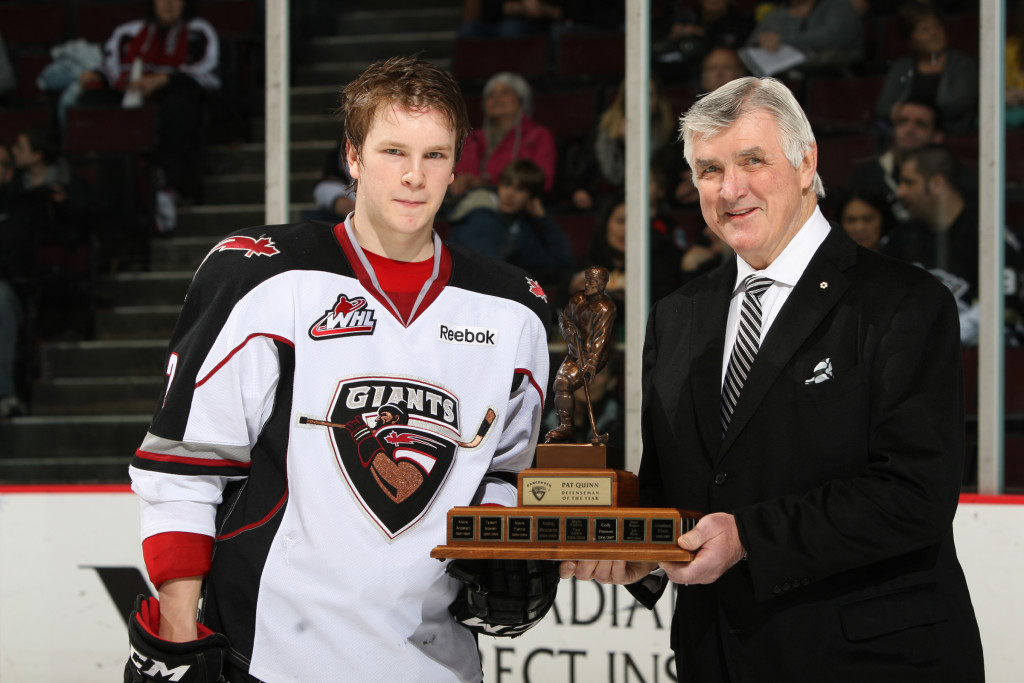 The Vancouver Giants would like to congratulate defenceman Brett Kulak on signing an amateur try-out contract with the Calgary Flames.

The Stony Plain, Alberta native played all 72 games this season and led all Giants’ defencemen with 44 points (12 goals, 32 assists). For his efforts, he took home the team’s Ironman Award and was named this season’s Pat Quinn Top Defensive Player.

Kulak, who was drafted in the 4th round of the 2012 NHL Draft by the Calgary Flames, will join the Flames’ American Hockey League affiliate, the Abbotsford Heat.