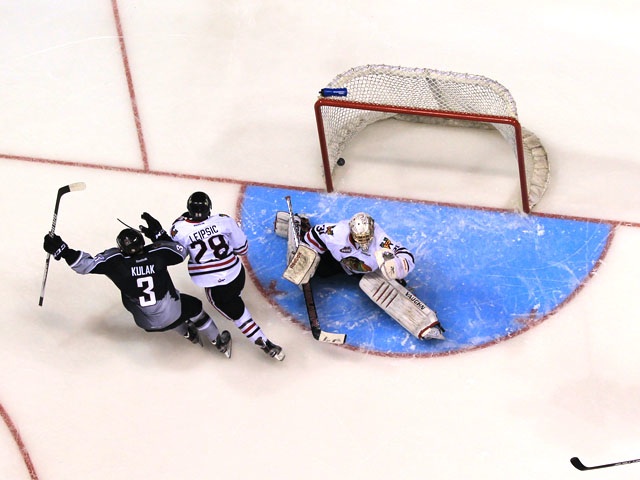 The Vancouver Giants are pleased to announce that defenceman Brett Kulak has received an invitation to attend the 2012 NHL Scouting Combine. He is the highest-ranked Giant in NHL Central Scoutings year-end list, coming in at 55th amongst North American skaters. Kulak played in all 72 regular season games this season, tallying 9 goals, 15 assists, and a team-best +29. He then registered 4 assists in 6 playoff games.

The top 105 draft-eligible players from North America and Europe will attend the Scouting Combine from May 28 to June 2 in Toronto, going through a vigorous round of physical, medical and psychological tests that could determine where they are chosen. The combine is also an opportunity for teams to meet and interview prospects. Testing will be conducted June 1-2 at the Toronto International Centre.

10 forwards, 10 defensemen and 2 goalies from the Western Hockey League will attend the 2012 NHL Scouting Combine, including rearguard Ryan Murray of the Everett Silvertips, who is the WHL’s highest-ranked player in Central Scouting’s final rankings of North American skaters. The 2012 NHL Draft will take place June 22 & 23 in Pittsburgh, PA.

Here’s a list of the WHL players invited to the 2012 NHL Scouting Combine: