Heartbreaking Loss For Musil And Czechs In Quarter-Final 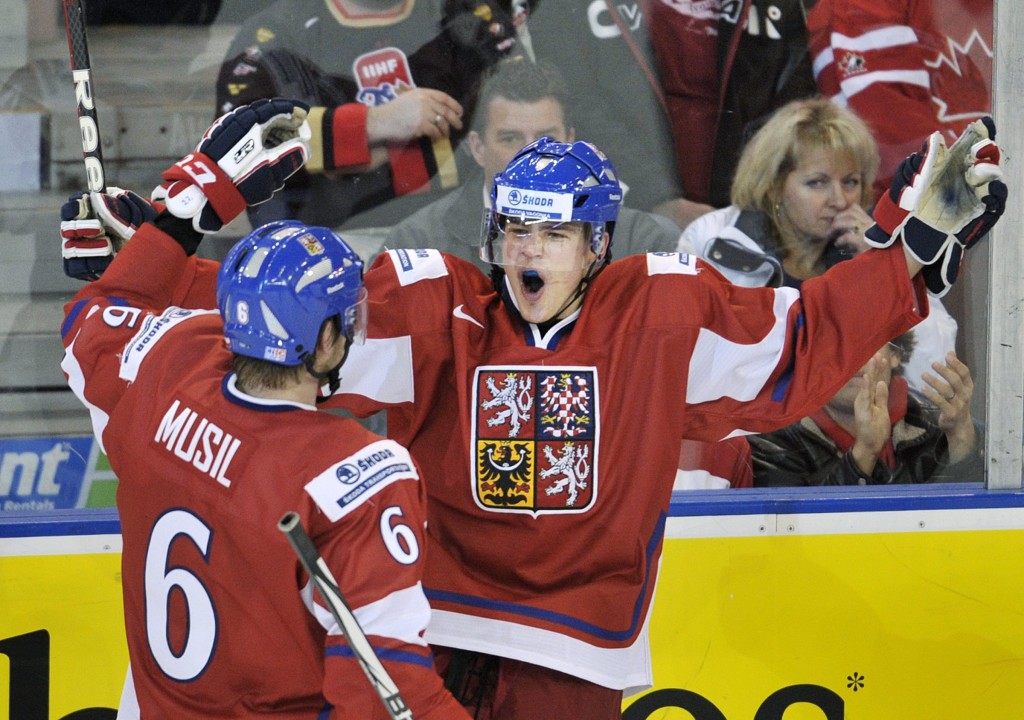 David Musil and the Czech Republic lost a heartbreaker in overtime to Russia in the quarter-finals of the World Junior Championships in Calgary Monday night. 2-1 was the final score. Grigori Zheldakov scored the winner in overtime for Russia. Musil did play after missing the Czech’s final round robin game vs. Finland with an upper body injury.

In the other quarter-final Marek Tvrdon scored his 3rd goal of the tournament, but it was not enough as Slovkia lost to Finland 8-5. The game was 2-2 after 20 minutes, but in the second period Finland scored 4 goals in a span of 6:13 to go up 6-2 on route to the 8-5 win. Finland will now play Sweden in the semi-final, while Slovakia will play Czech Republic in the 5th/6th game.

Brendan Gallagher, Don Hay, and the rest of Team Canada will face off against Russia in the other semi-final game Tuesday night in Calgary. Puck drop is 6:00 pm PST.

Team Pacific, featuring Vancouver Giants’ forwards Anthony Ast and Jackson Houck, lost their final round robin game 4-2 to the USA Monday at the World U-17 Hockey Challenge in Windsor, Ontario. Anthony Ast had an assist in the game, while Houck did not play. He was out with the lower body injury. Team Pacific finished group play with a record of 3-1, tied for 1st with Russia and the USA; unfortunately, only the top two teams advance to the semi-finals and Team Pacific lost out on the tiebreaker, which was goal differential in the direct games between the three teams. Team Pacific will play Quebec in the 5th/6th game Tuesday.