Hay To Be Honoured 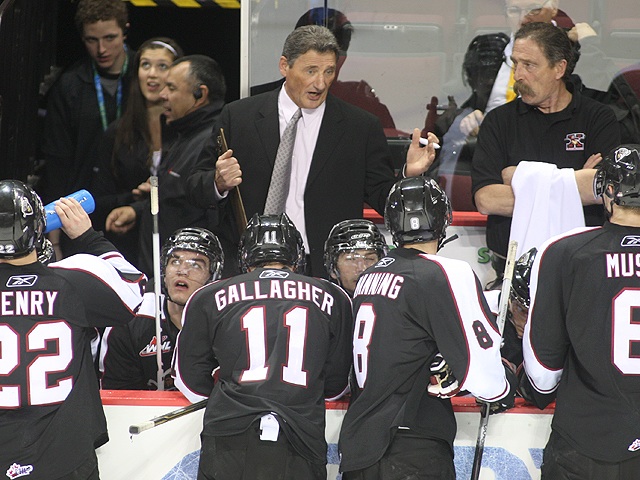 Vancouver Giants Head Coach Don Hay will be honoured prior to Tuesday night’s game vs. the Kamloops Blazers in recognition of his 500th career victory as a head coach in the Western Hockey League. WHL Commissioner Ron Robison will be on hand for a special presentation.

Hay is in his 12th season as a head coach in the WHL, his 7th with Vancouver. He also spent 3 years as head coach in Kamloops and 2 seasons in Tri-City. During his tenure with Vancouver he has led the team to 5 straight B.C. Division titles, a WHL Championship in 2006, and the Memorial Cup Championship in 2007. He is a two time winner of the WHL Coach of the Year Award, a member of the B.C. Hockey Hall of Fame, and the only head coach in CHL history to win 3 Memorial Cup Championships (Kamloops, 1994-1995, Vancouver, 2007). He is just the 4th coach to reach the 500 win plateau in the WHL, joining Ken Hodge (742), Ernie ‘Punch’ McLean (548), and Pat Ginnell (518).