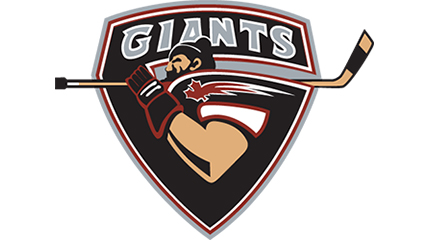 Despite outshooting the Prince George Cougars 29-17, the Vancouver Giants had their 4 game winning streak snapped, losing 2-1 to the Cougars Saturday night at the CN Centre. With the victory, the Cougars put an end to their 8 game losing skid.

After a scoreless 1st period, the Cougars opened the scoring shorthanded as Greg Fraser picked off a pass from Marek Tvrdon and beat Jackson Whistle, making his 2nd start of the season, to give the homeside a 1-0 lead. The Giants, who had 5 power plays in the 2nd period, eventually converted as James Henry beat Drew Owsley for his 4th goal of the season to tie the game at 1-1 through 40 minutes.

This game came down to special teams as Neil Manning took a penalty late in the final frame and the Cougars would capitalize; Alex Forsberg potted the game winner on the power play to give Prince George a 2-1 victory. Whistle made 15 saves in net, while Owsley earned first star honours stopping 28 shots. The Giants finished 1-for-7 on the man advantage, while the Cougars went 1-for-3.

The Giants are back in action Tuesday November 1 when they make the trip to Kent, Washington to take on the Seattle Thunderbirds. Game time is 7:05 pm. The pregame show begins at 6:30 pm on AM 650.