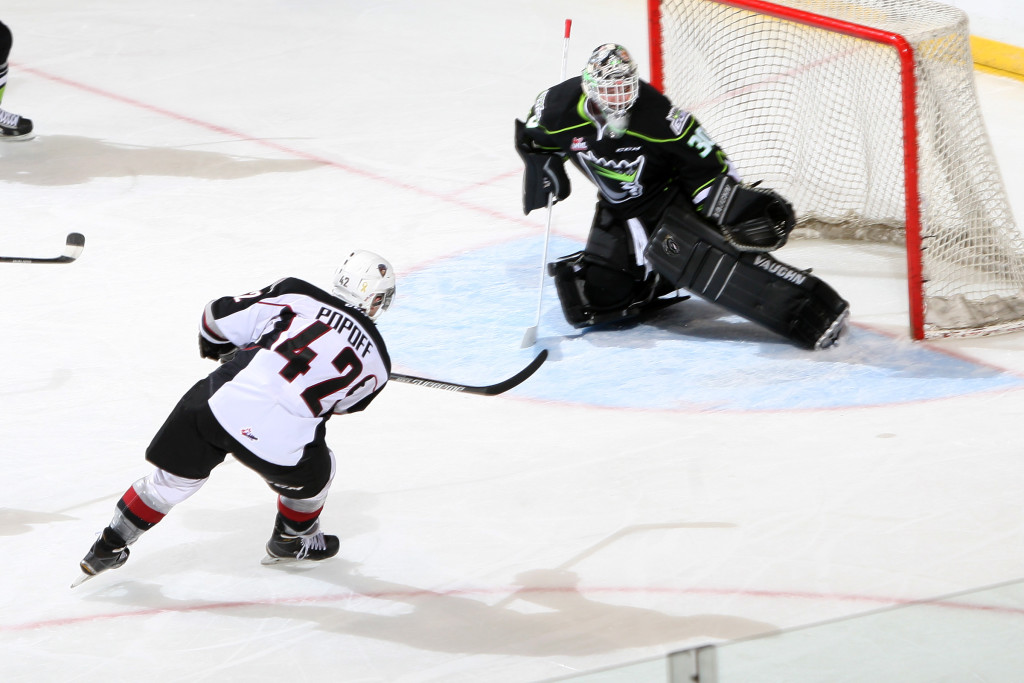 Jakob Stukel had a good chance to give Vancouver the lead in the first period, but he was denied by Edmonton goalie Tristan Jarry on a shorthanded breakaway to keep the game scoreless. The Oil Kings struck first to take the lead when Lane Bauer netted his 18th of the season off the rush at 9:42 of the opening frame.

Popoff tied the game with his 21st of the year during a delayed penalty in the second period when he scored from the right circle, and Bobylev put Vancouver ahead just 44 seconds later with a hard wrister from the high slot.

The third period was a chippy one, but neither team was able to generate much offense, and Popoff would seal the win with an empty netter in the final minute. With the victory, the Giants move back into a playoff spot as they sit alone in third place in the BC Division.

Carter Popoff scored the Insurance Goal of the Game.

Vancouver now heads stateside for a pair of games later this week. The Giants will visit the Everett Silvertips on Friday night. Face-off is set for 7:30pm. Catch the action on TSN 1410 radio beginning with the pre-game show at 6:30pm. Vancouver will face Tri-City on Saturday night.