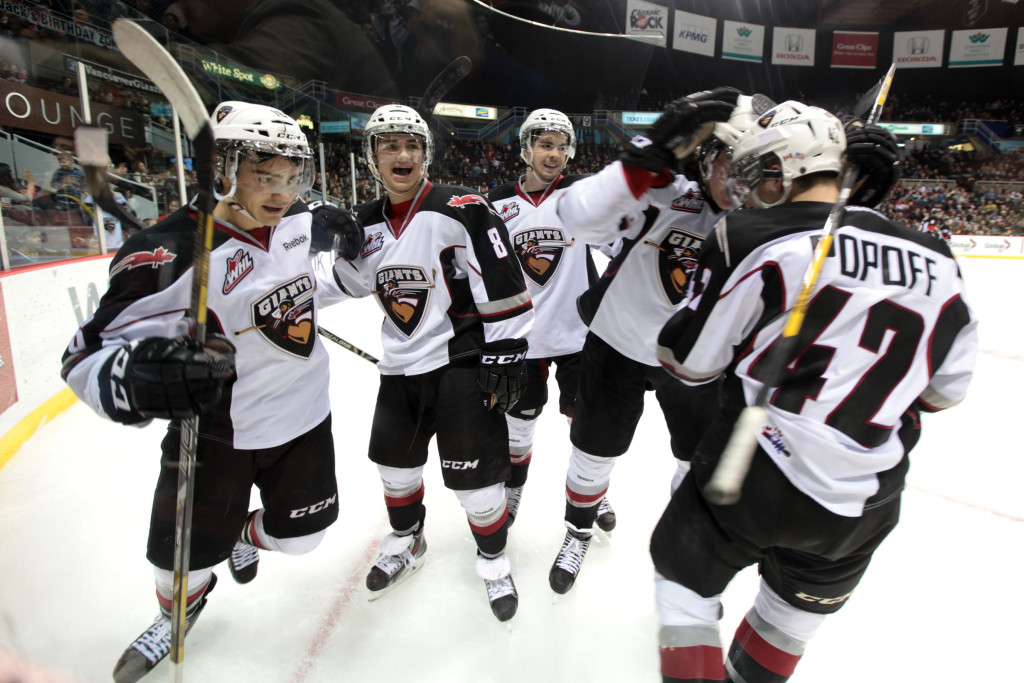 The Vancouver Giants scored three goals in the second period en route to a 5-2 win over the Prince George Cougars Monday night at the Pacific Coliseum.

Thomas Foster and Carter Popoff scored just 12 seconds apart in the middle frame, and Tim Traber added a power play marker before the end of the period to give the Giants a 4-1 lead.

Jackson Houck sealed the deal with an empty net goal, and Joel Hamilton had the other Vancouver goal.

Brett Kulak had three assists while Dalton Thrower and Alec Baer had two assists each in the game.

Jared Rathjen made 27 saves for the victory.

Vancouver went 2-for-3 on the power play and had 33 shots on goal.