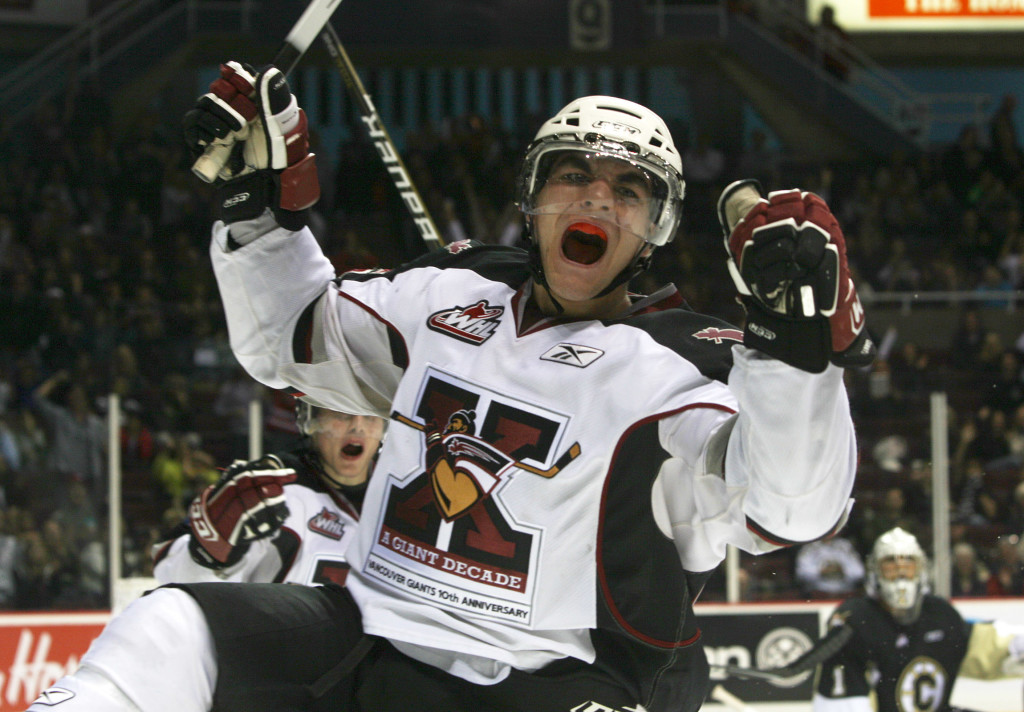 The Vancouver Giants kicked off their 10th anniversary season with a convincing 9-4 win over the Chilliwack Bruins. Brendan Gallagher led the way with 2 goals and 3 assists in front of just over 8,000 fans at the Pacific Coliseum.

Ryan Howse opened the scoring in the first for the Bruins; however, ten seconds later the Giants responded as James Henry found the back of the net to make it 1-1 through 20 minutes of play.

In the second, Chilliwack once again took the lead courtesy of Jamie Crooks. It too was short lived as rookie Dalton Sward banged home his home rebound to tie the game 2-2. Howse, who scored 47 goals last season, got his second of the game after some hard work from his linemates Chris Collins and Robin Soudek to make it 3-2. Once again the Giants had an answer, this time Brendan Gallagher beat Lucas Gore to tie it at 3-3. Two minutes later Howse completed the hat trick, scoring on the power play to make it 4-3 Bruins. That is when Vancouver’s offense kicked into overdrive as they scored 3 goals in 2:23 from Marek Tvrdon, Jordan Martinook, and Matt MacKay to make it 6-4 Vancouver after 2 periods.
The Giants didn’t waste anytime adding to the lead in the third, as Tvrdon scored is second of the game 0:57 into the frame. That was the nail in the coffin. Vancouver would add two more goals, Craig Cunningham with his first of the year and Gallagher with his second, making it a 9-4 final.

The Giants now hit the road for a pair of games beginning tomorrow night in Everett when they take on the Silvertips. Game time is 7:05pm. Tune into AM 650 for all the action.