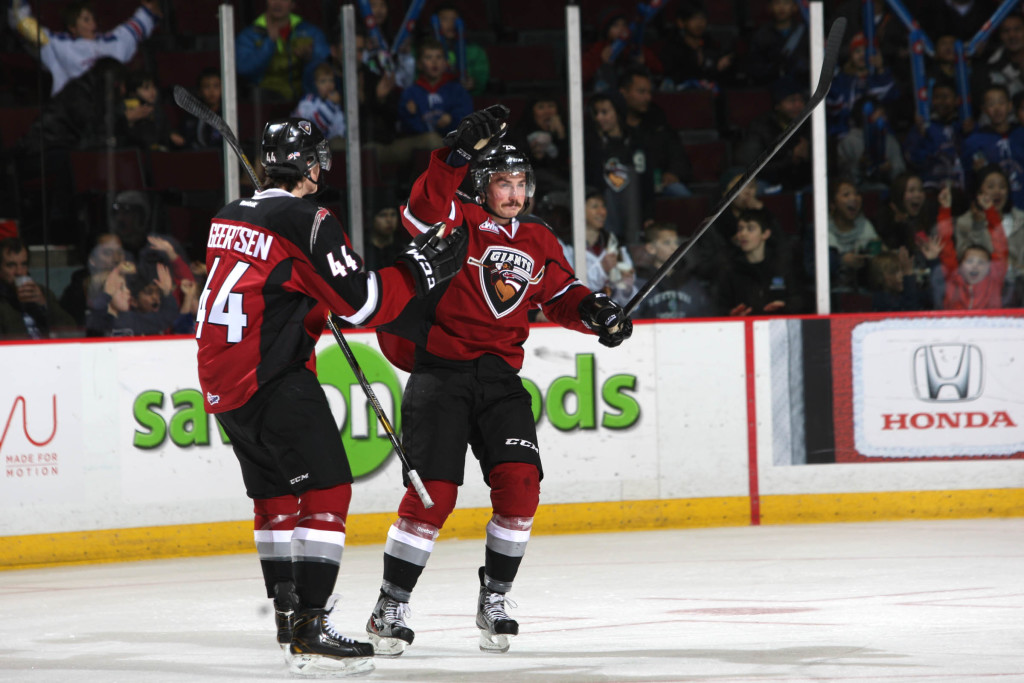 The Vancouver Giants scored four goals in the second period en route to a 6-3 victory over the Seattle Thunderbirds Friday night at the Pacific Coliseum.

Luca Leone notched his first goal of the season and Rob Trzonkowski found the back of the net in his first game back from injury.

Jackson Houck had a goal and two assists on the night and Brett Kulak had the other Vancouver goal.

Carter Popoff had three assists in the game.

Jared Rathjen made 24 saves for the win and the Giants had 36 shots on goal.