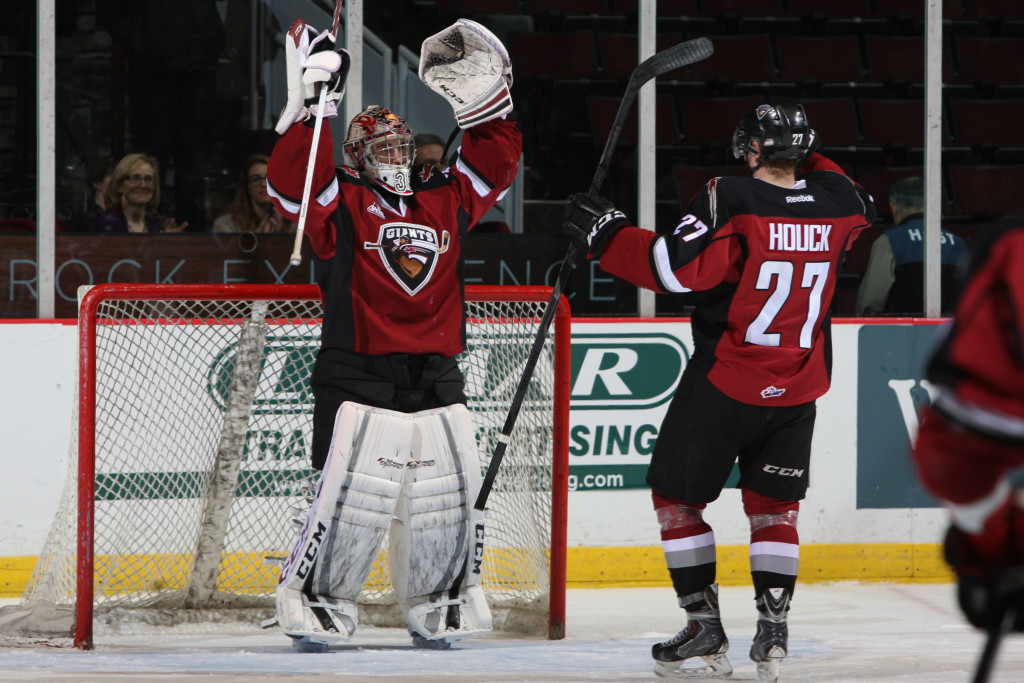 Jackson Houck scored for the Vancouver Giants at 15:19 of the third period to break a two all tie en route to a 3-2 win over the Kootenay Ice Wednesday night at the Pacific Coliseum.

Cain Franson opened the scoring with his fourth goal in three games and added an assist later in the night. Travis McEvoy had the other Giants goal.

The Giants went 1-for-2 on the power play.

Jared Rathjen made 33 saves in his third straight start.

The victory extends the Giants’ home win streak to five games, and Vancouver has earned at least one point in each of their last 11 games.