Giants Win 5-4 in Overtime against Lethbridge 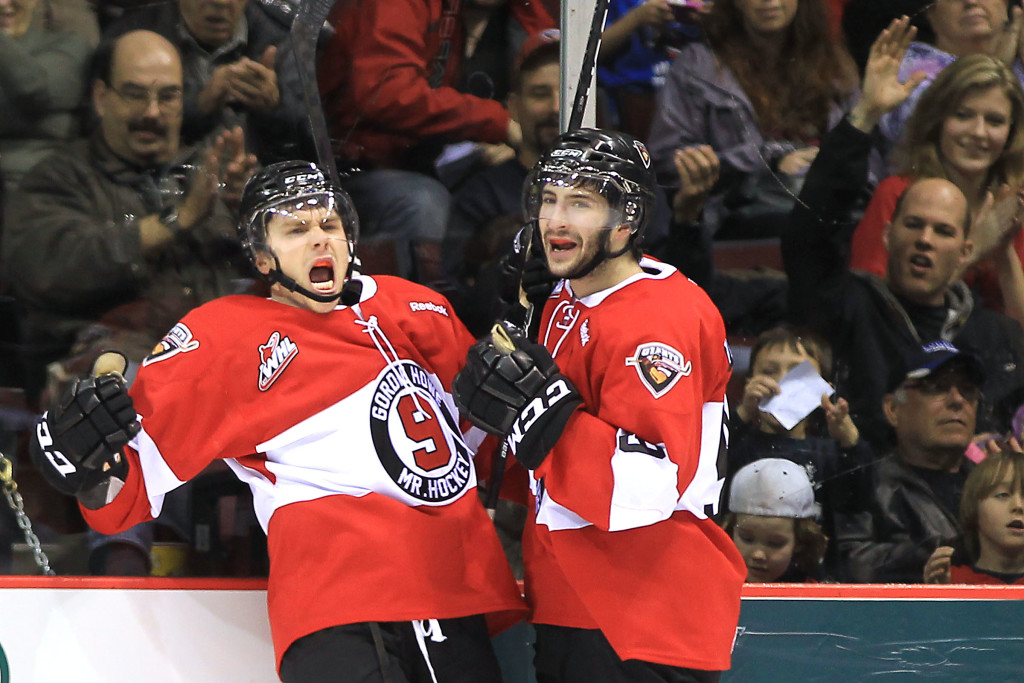 The Vancouver Giants scored early in overtime to beat the Lethbridge Hurricanes 5-4 Friday night at the Pacific Coliseum on Gordie Howe Night.

Carter Popoff scored 1:06 into overtime to win the game for Vancouver and extend their win streak to 3 games.

15 year-old Alec Baer had the opportunity to break a 4-all tie late in the third period on a penalty shot in his Giants’ debut but was not able to score.

Popoff had two goals and an assist on the night.

Dalton Sward and Taylor Vickerman each had a goal and assist. Riley Kieser scored the other goal for Vancouver.

The Giants went 0-for-5 on the power play and had 36 shots on goal.

Tonight’s Insurance Goal of the Game was scored by Carter Popoff who scored 1:06 into overtime to win the game for the Giants.