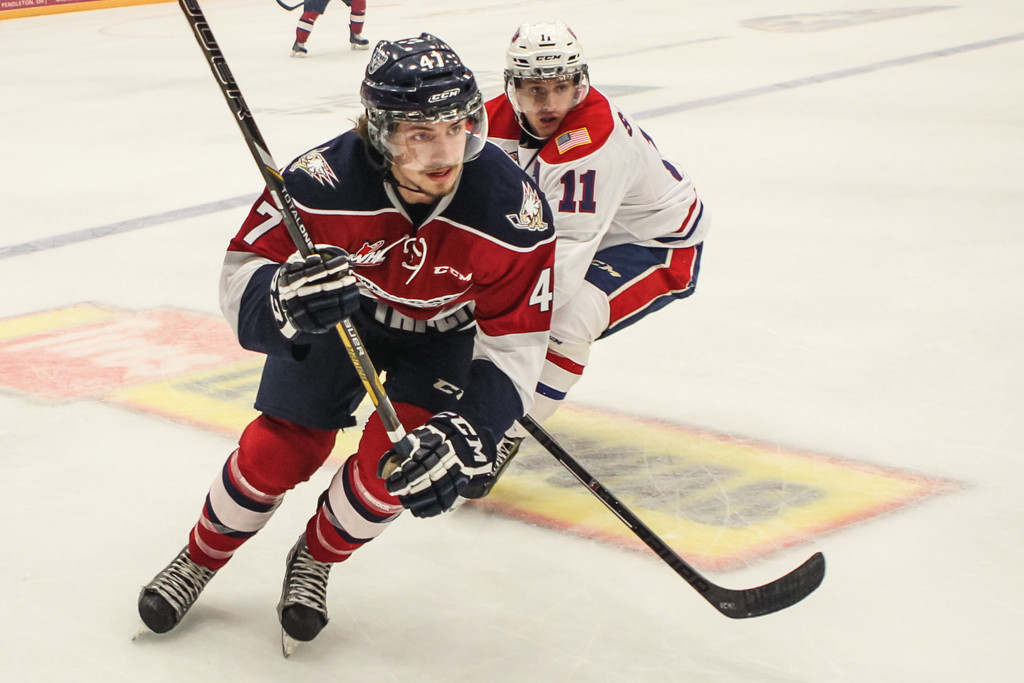 The Vancouver Giants Hockey Club announced on Friday that the team has acquired 18-year-old defenseman Josh Thrower from the Tri-City Americans in exchange for blue liner Tyler Morrison and a 2nd round pick in the 2015 WHL Bantam Draft.

“We’re excited to add Josh to our group,” said Giants General Manager Scott Bonner. “He’s a gritty defenseman that will bring a different element to our team, and we have a great connection with the Thrower family, so it’s a perfect fit. We would also like to thank Tyler Morrison for his time with our club and wish him all the best in the future with the Americans.”

Thrower, who is listed at 6-1, 200 lbs, has tallied three points in 23 games with the Americans this season. The Squamish native has played 124 career games in the WHL and is the younger brother of former Giants captain Dalton Thrower who is a prospect of the Montreal Canadiens.