Giants Swing a Trade That Sends Whistle Back Home 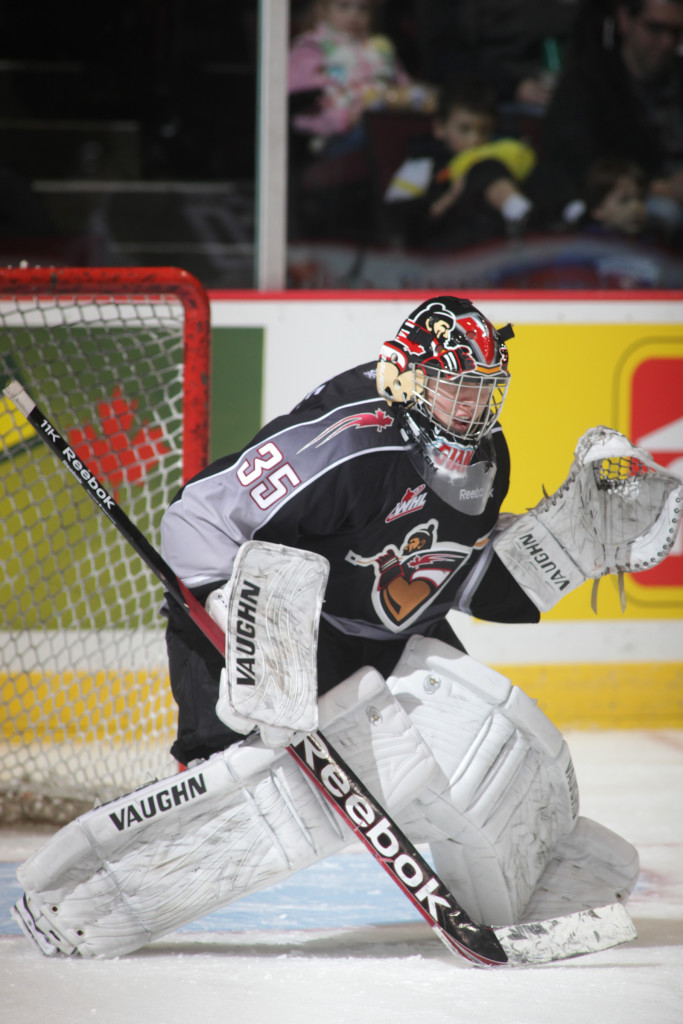 VANCOUVER, BC – Two weeks ahead of their regular season and home opener on September 21st, the Vancouver Giants addressed their crowded crease situation. With 4 goalies still on the roster heading into tonight’s pre-season game vs Kamloops, that number is now down to 3, after Vancouver moved 17-year old goaltender Jackson Whistle to his hometown Kelowna Rockets in exchange for a 3rd-round bantam draft pick in 2014.

“In sending Jackson to Kelowna, we gain a good draft choice and he gets to return home and play for a top flite organization” explained Giants Execute Vice-President and General Manager Scott Bonner. He went on to say “Jackson worked extremely hard this summer and has made huge steps. But in saying that, we had 4 goalies here that had all played well and something had to give. It’s a win-win for all parties.”

Whistle, who was born and raised in Kelowna, appeared in 21 total games for the Giants last season as a backup, with a record (as a starter) of 1-7-0-3. His only victory was a 3-0 shutout over Prince George in January. He finished the season with a goals against average of 3.61 and an .873 save percentage. He is now expected to back up 19-year-old Jordon Cooke for the coming season in Kelowna.

In the meantime, the Giants are now left with 3 goaltenders: 19 year-old Liam Liston (acquired from Lethbridge over the summer), 16 year-old Payton Lee (2nd round draft pick in 2011) and 17 year-old walk-on Tyler Fuhr, who has been one of the best surprises of training camp for the team.