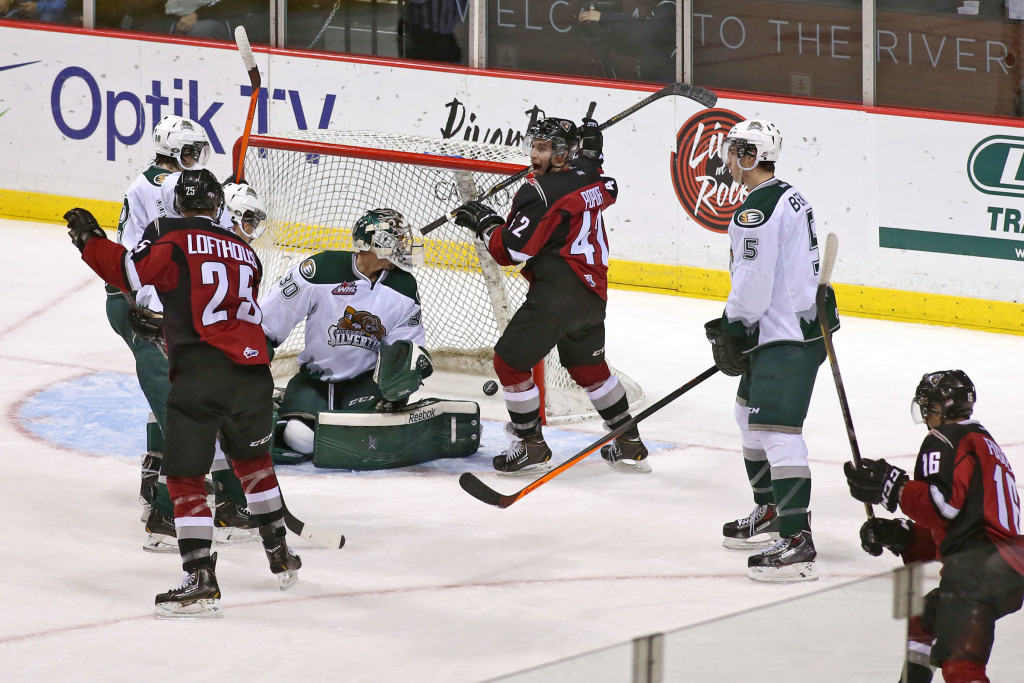 Jackson Houck scored two goals to lift the Vancouver Giants to a 6-3 victory over the Everett Silvertips Saturday night at the Comcast Arena.

The win is the Giants’ second win in as many nights against the Silvertips.

Houck had the two goals, including the game winner, and an assist and was named first star of the game.

Brett Kulak scored his 13th goal of the season, breaking his previous career-high of 12 goals. Kulak’s previous record was from last season and the goals were scored over 72 games. It has taken him only 36 games to get to 13 goals this year.

Trent Lofthouse extended his point streak with a goal, making that 4 goals in as many games for the Surrey native.

Carter Popoff had a goal and an assist and was the second star of the game.

Tim Traber had the other Vancouver goal, and rookie Alec Baer had 2 assists in the game.

Jared Rathjen made 21 saves for the win.

The Giants had 30 shots on goal and went 1-for-1 on the power play.