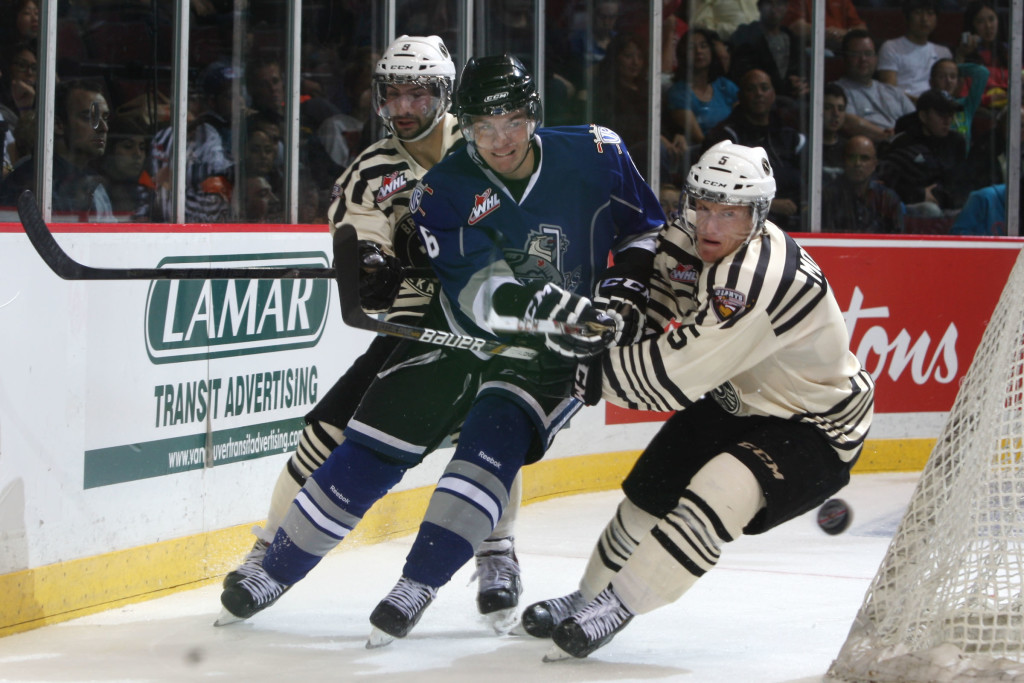 The Vancouver Giants returned the favour and spoiled the Victoria Royals’ home opener with a 2-1 win Saturday night at the Save-On-Foods Memorial Arena.

After losing to the Royals 4-2 at home Friday night, the Giants came back to beat the Royals in Victoria.

Carter Popoff’s game winning goal came unassisted at 6:44 of the second period, just minutes after Rob Trzonkowski opened the scoring for Vancouver in the team’s first victory of the season.

Brett Kulak and Arvin Atwal had the assists on Trzonkowski’s goal.

Joe Hicketts scored the lone goal for Victoria in the third period.

Vancouver had 21 shots on goal and Payton Lee made 30 saves for the Giants in the victory.