Giants Remain Unbeaten Against Blazers with a 4-3 Victory 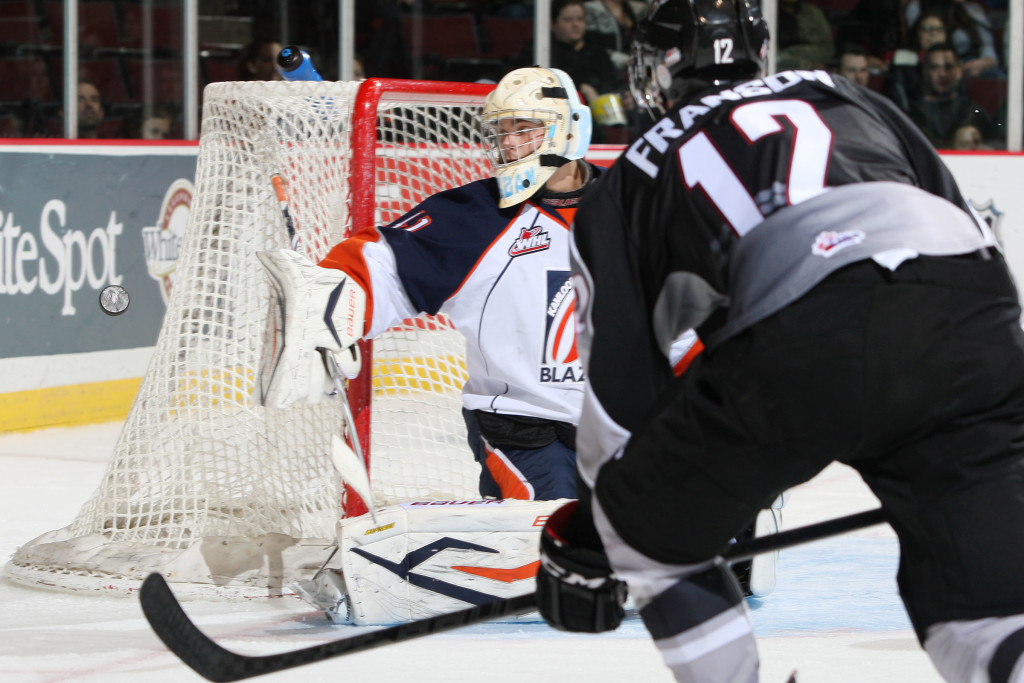 Cain Franson scored with less than two minutes in the game to break a three-all tie and help lift the Vancouver Giants to a 4-3 victory over the Kamloops Blazers Sunday night at the Interior Savings Centre.

Franson had two goals and was named first star of the game.

Blake Orban and Alec Baer each had a goal.

Tim Traber had three assists on the night and received second star honours.

Payton Lee made 20 saves for the victory and the Giants had 31 shots on goal.