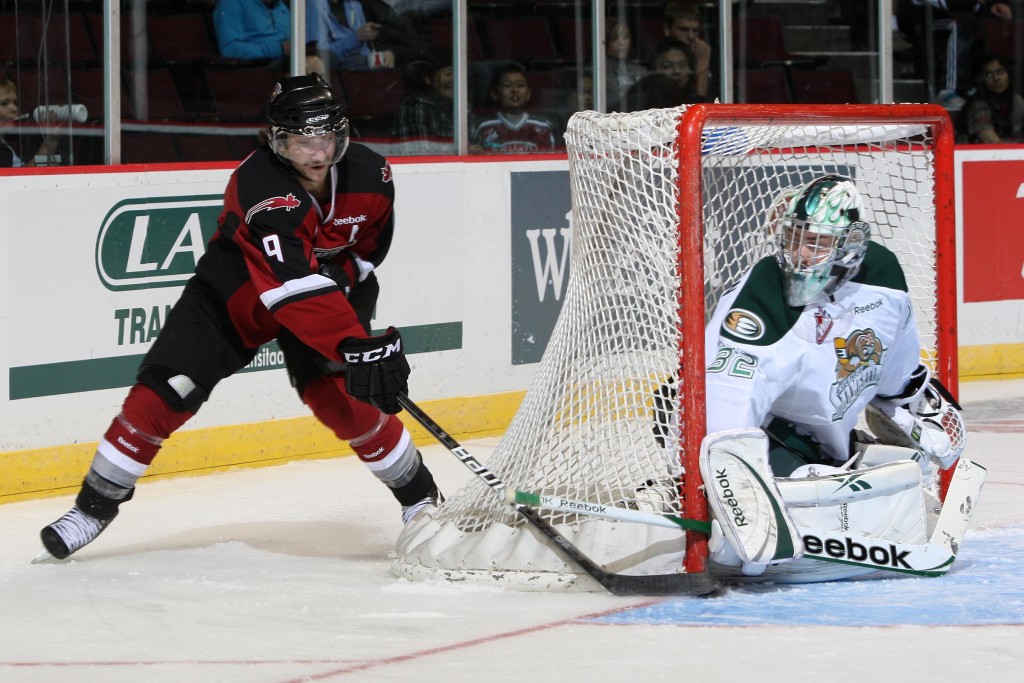 The Vancouver Giants rallied from a 2-0 deficit to defeat the Everett Silvertips 6-5 Wednesday night at the Pacific Coliseum. James Henry tied a franchise record with 5 assists, while 3 players scored their 1st career WHL goal.

It was not the start Vancouver wanted as Zach McPhee beat Brendan Jensen on the Silvertips first shot of the game to put the visitors up 1-0 just 1:33. They would add to the lead later in the frame, courtesy of Ryan Murray, to give Everett a 2-0 advantage. Michael Burns would get the home side on the board before the period was out, banging home a rebound to make it a 2-1 Silvertips lead through 20 minutes.

After a slow first 10 minutes of the second period, the Giants got things rolling. Brett Kulak scored his 1st career WHL goal on the power play to tie the game at 2-2. Everett would regain the lead less than two minutes later to go back in front 3-2. Vancouver had their own answer, this time it was 16 year old Jackson Houck with his 1st career WHL goal. 3-3 was the score through 40 minutes of play.

The Giants took over in the third period, Dalton Sward fed a wide open Nathan Burns in the slot and he made no mistake, going upstairs on Kent Simpson, to give the Giants their first lead of the game. Marek Tvrdon scored his 2nd of the season, tipping home a David Musil point shot to take a two goal lead. They were not done there, as Dalton Olsen converted a sweet feed from James Henry on the power play for what proved to be the game winning goal. It was Olsen’s 1st career WHL goal. The Giants went up 6-3, but the Silvertips would score two quick ones with less than 5 minutes remaining to get within one. Brendan Jensen made a huge stop on Tyler Maxwell with 36 seconds remaining to seal the deal. 6-5 was the final. The shots were 24-22 in favour of Everett. The Giants finished 2-for-5 on the power play, while Everett was 1-for-4.

James Henry collected 5 assists to tie the franchise record for assists in the game. He now shares the record with former teammate Craig Cunningham who set the record last season vs. Kelowna. Henry earned first star honours for his effort.

Vancouver hits the road now for a pair of division games, Friday night in Kamloops vs. the Blazers and Saturday night in Kelowna vs. the Rockets. Friday’s game starts at 7:00 pm. The pregame show begins at 6:30 pm on AM 650.