Giants Pull Through in the Shootout to Beat Regina 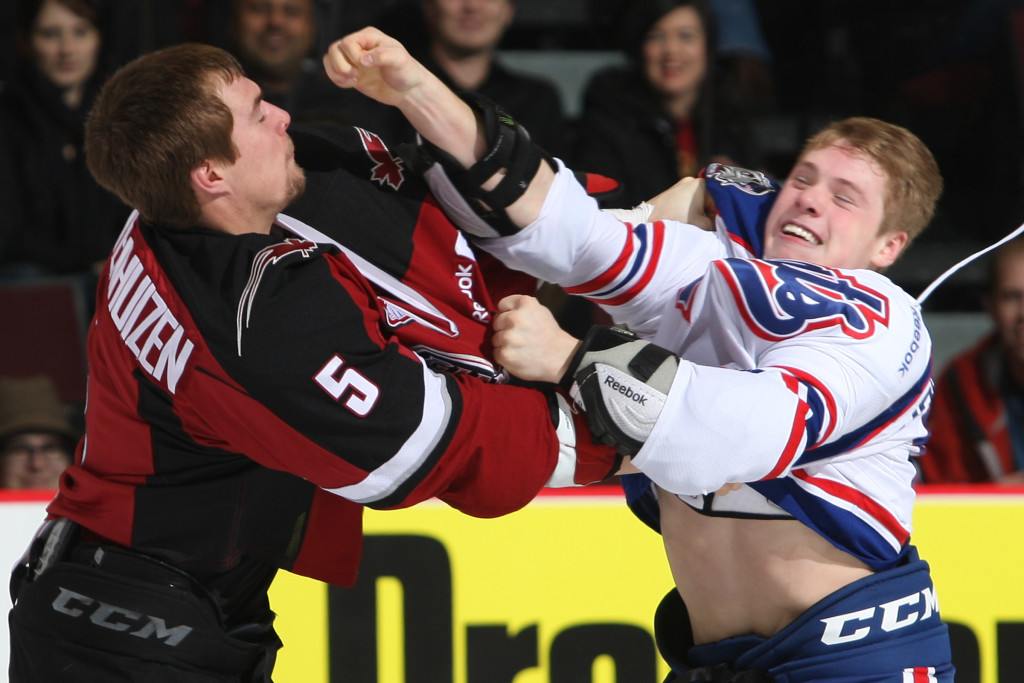 For the second straight game, the Vancouver Giants pulled off a 4-3 victory in the shootout, at the Pacific Coliseum, after losing the lead late in the third period in a spirited game that saw two fights in the first period.

Trevor Cheek scored his fifth goal in six games against the Regina Pats to put the Giants on the board late in the first.

Kale Kessy scored in the second to put the team up 2-0, but before the period was over, Regina tied the game with goals from Lane Scheidl and Kyle Burroughs.

The Giants got their first short-handed goal of the year from Kessy midway through the third and held on to the lead until the dying seconds when Morgan Klimchuk scored with 54 seconds to go to tie the game at 3.

Overtime solved nothing for the two teams and the shootout saw 14 shooters with goals from Klimchuk for the Pats and Cheek and Thomas Foster for the Giants.

Foster scored the shootout winner and goalie Payton Lee stopped Emil Sylvegard for the win, which improves the Giants’ record to 7-13.