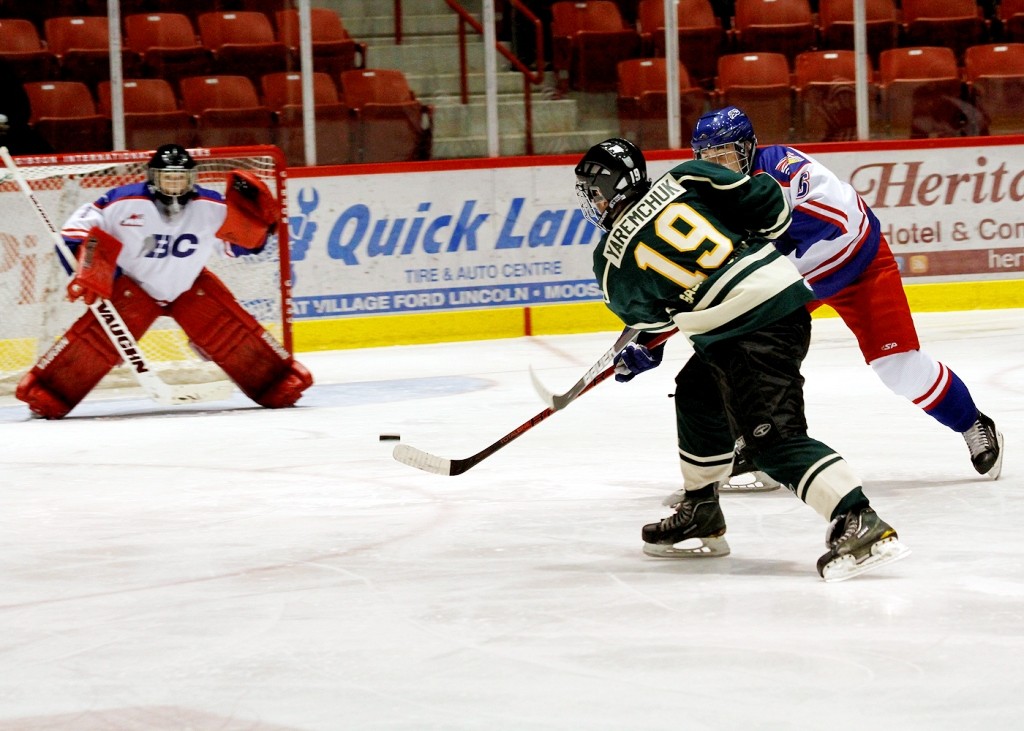 Over this past weekend the city of Moose Jaw, SK hosted the 2011 U-16 Western Canada Challenge Cup. A 3 day, 4 team event featuring all the top 15 year old prospects from across Western Canada. Teams were broken up by province and it would be Alberta coming out on top. A team featuring the Giants 1st round pick in the 2011 WHL Bantam Draft, Thomas Foster, and list player Nicholas Jones, Alberta dominated the event finishing a perfect 4-0 defeating Manitoba in the gold medal game 10-4. In 4 games Foster finished with 2 assists, while Jones was held off the scoresheet in 4 games.

Defenseman Reid Zalitach, who was selected by the Giants in the 2nd round of the 2011 WHL Bantam Draft, helped Manitoba reach the gold medal game. His team finished 2-2 in the tournament and he had 1 assist and 12 penalty minutes in the 4 games.

In the bronze medal game, BC defeated Saskatchewan 5-4. Goaltender Payton Lee (pictured above) played in BC’s first two games in the tournament posting a record of 1-1 with a 2.00 goals against average and .920 save percentage. The Giants first pick in the 2nd round of the 2011 WHL Bantam Draft, Lee was named team MVP in both games he played.

The Vancouver Giants would like to congratulate Thomas, Nicholas, Reid, and Payton on an outstanding tournament and look forward to seeing them in a Giants uniform in the near future.