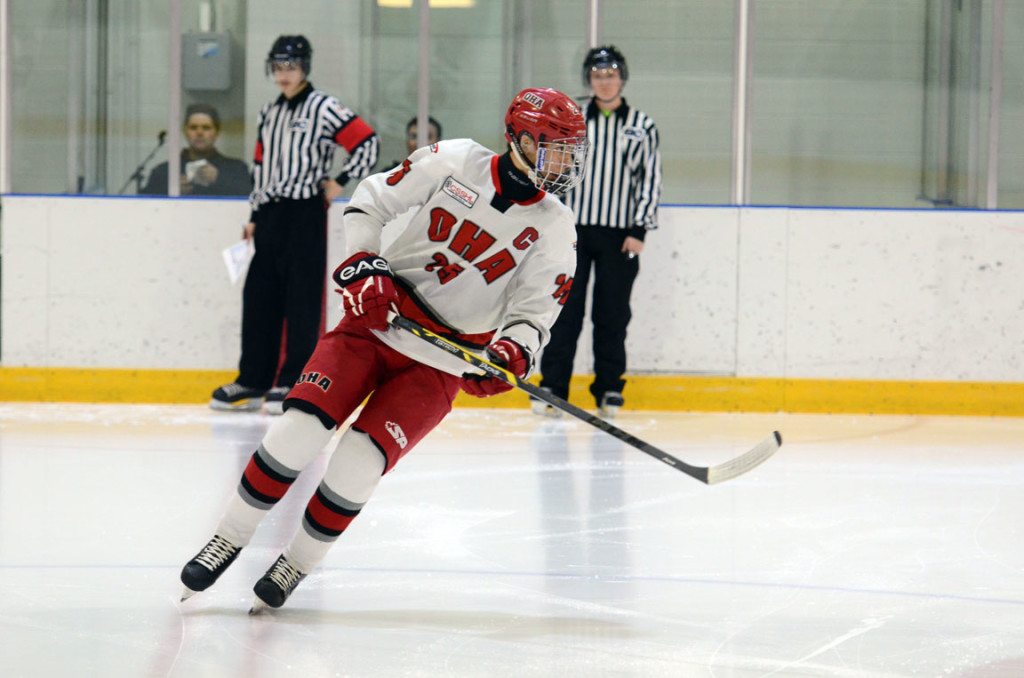 The Vancouver Giants would like to congratulate four prospects who have been picked to represent their provinces at the 2015 Western Canada U16 Challenge Cup! Forwards Tyler Popowich and Kaedan Taphorn as well as defensemen Kaleb Bulych and Alex Kannok-Leipert will play at the tournament which will be held in Calgary, Alberta from October 28th – November 1st.

Popowich will play for Team BC while Bulych, Kannok-Leipert and Taphorn will all represent Team Saskatchewan.

“We’re proud of all four of these young players,” said Giants Director of Player Personnel Jason Ripplinger. “They’ll all gain some great experience playing at the U16 Challenge Cup, and we’re excited about their future within our organization.”

Popowich, a Surrey native who the Giants selected third overall in the 2015 WHL Bantam Draft, netted 25 goals and 32 assists while playing for the Okanagan Hockey Academy Bantam Prep team during the 2014/15 season. This year, he has one goal in three games with the OHA Midget Prep White team.

Bulych, who hails from Yorkton, Saskatchewan, went to Vancouver in the second round of the 2015 Bantam Draft at 27th overall. The 15-year-old defenseman had 13 goals and 20 assists in 31 games with the Yorkton UCT Terriers Bantam AA team in 2014/15. This season, Bulych has one assist in two games with the Yorkton Maulers Midget AAA team.

Taphorn was a third round pick of the Giants at 47th overall this past summer. The Yorkton native scored 101 points (41 goals, 60 assists) in 31 games playing alongside Bulych for the Yorkton UCT Terriers last season. This year, Taphorn has two goals and an assist in two games for the Yorkton Maulers Midget AAA team.

Kannok-Leipert was drafted by the Giants in the fourth round of the Bantam Draft at 79th overall. The Regina native played for the Regina Monarchs Bantam AA team in 2014/15, tallying 16 goals and 12 assists in 29 games. In 2015/16, he has picked up one goal in four games with the Regina Pat Canadians Midget AAA team.