Giants Move Musil to Edmonton to Bolster Their Future 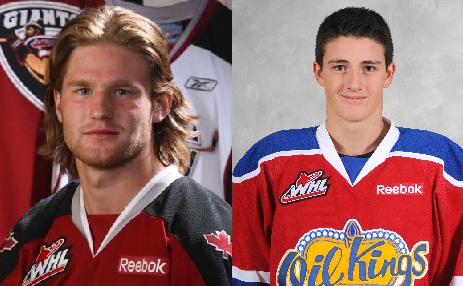 Here’s what Vancouver General Manager Scott Bonner had to say on this decision: “Moving David was a hard thing to do, however with the current stage in our system it was important to acquire a solid 17 year old prospect as well as a 1st-round pick to rebuild the program.”

Musil was into his 4th full season with the Giants, collecting 92 points in 206 games, including 8 points in 14 games this season.

Geertsen, meanwhile, who’s from Rocky Rapids, Alberta and stands 6’4, 203lbs, is now in his second full season with the Oil Kings. He has collected 7 assists and 106 penalty minutes in 52 games so far, including 4 assists in 15 games this season. Geertsen is expected to be in the lineup for the Giants tomorrow night when they visit the Medicine Hat Tigers.