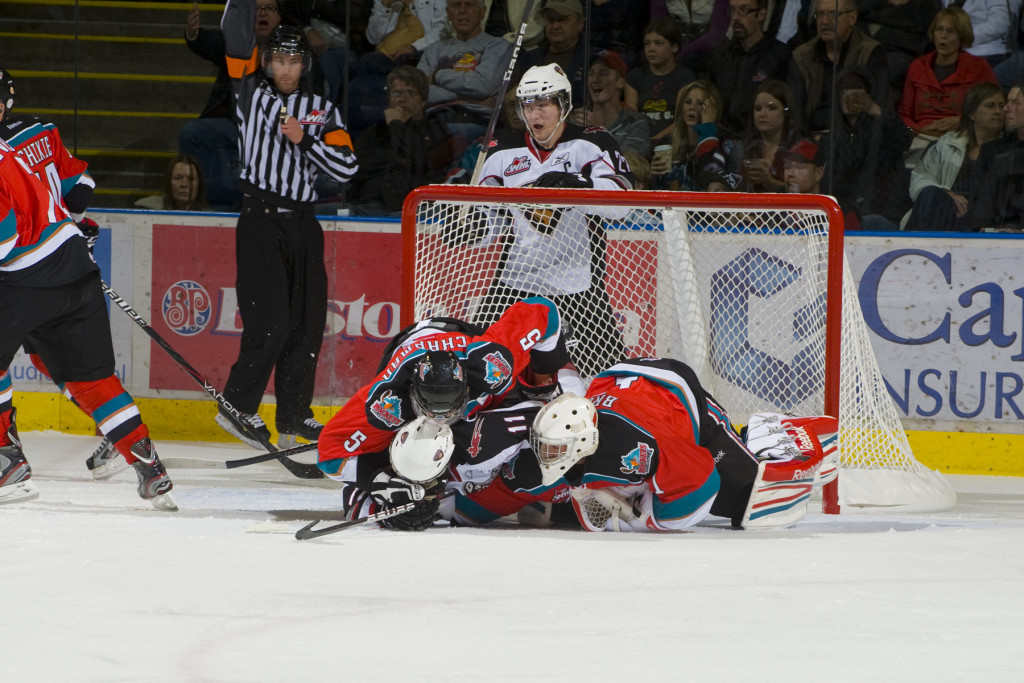 The Vancouver Giants losing streak extended to 3 games, while the Kelowna Rockets snapped their own 6 game losing skid, beating the Giants 6-3 Thursday night at Prospera Place in Kelowna. Damon Severson led the Rockets with 5 assists.

The Giants did not get the start they wanted, surrendering 3 goals before the midway point of the 1st period. Myles Bell, Zach Franko, and Austin Ferguson were the goal scorers. Adam Morrison’s night was done in net after giving up the 3 goals on 7 shots in just 9:47 of ice time. He was replaced by Jackson Whistle. Playing his second game of the season Matt Bellerive got the Giants on the board, tipping home a Wes Vannieuwenhuizen point shot to get Vancouver within 2 goals. Brendan Gallagher added a power play goal with 1:29 left in the frame to get the Giants back in the game. They trailed 3-2 through 20 minutes.

Another bad start to the period had the Giants giving up 2 goals in the first 2:56. Colton Sissons and Spencer Main beat Jackson Whistle to put the home side up 5-2 through 40 minutes of play. Blake Orban’s was ejected late in the period after receiving a 5 minute major for interference and a game misconduct for a hit on Carter Rigby, who did not return to the game.

With the Giants down two men the Rockets scored on the power play 26 seconds into the third period to extend their lead to 6-2. Bellerive scored his 2nd of the game on the man advantage late in the period to make it a 6-3 final. The Giants finished 2-for-7 on the power play, while the Rockets were 2-for-9. Whistle stopped 24 of the 27 shots he faced in relief.

Vancouver is back in action tomorrow night vs. the Victoria Royals at the Pacific Coliseum. Game time is 7:30 pm. The pregame show begins at 7:00 pm on AM 650.