Giants Lose to the Cougars in the Shootout 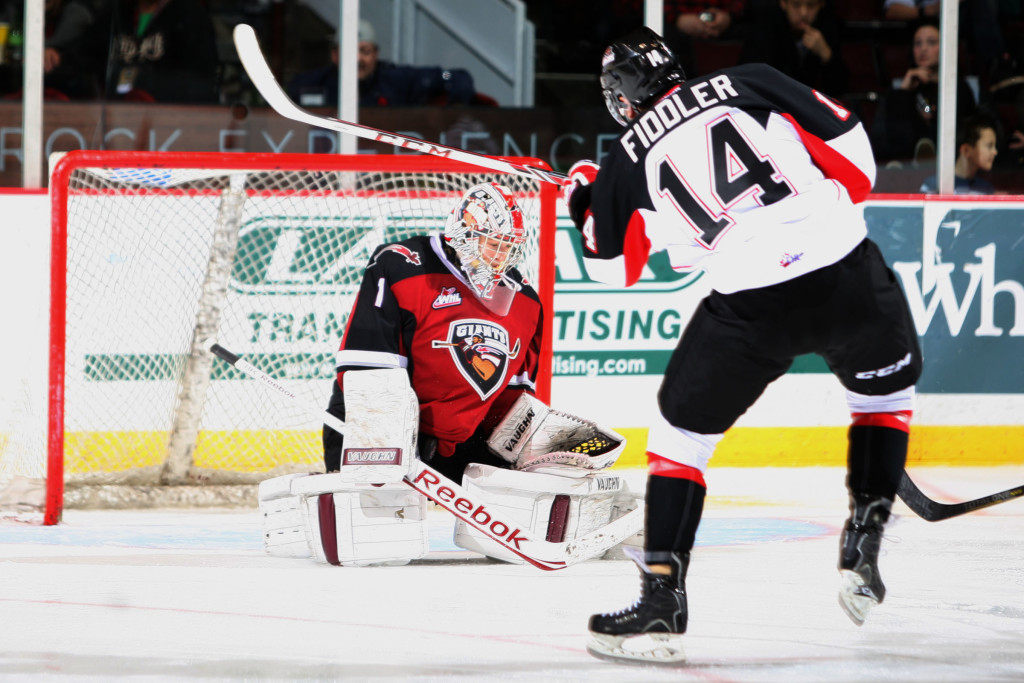 The Prince George Cougars scored with less than two minutes in the third period to tie the game at five and eventually beat the Vancouver Giants 6-5 in the shootout Friday night at the CN Centre.

Dalton Sward had a hat trick and was named first star of the match in what was his 200th Western Hockey League game. Arvin Atwal scored his first goal of the season, and Brett Kulak also scored for Vancouver.
Cain Franson scored the only Vancouver goal in the shootout.

Payton Lee made 29 saves in the game.

The Giants had a season-high 51 shots on the night and were 2-for-3 on the power play.

Vancouver is back at it tomorrow night for the second game of back-to-back meetings against the Cougars.

WATCH ALL THE GAME HIGHLIGHTS HERE