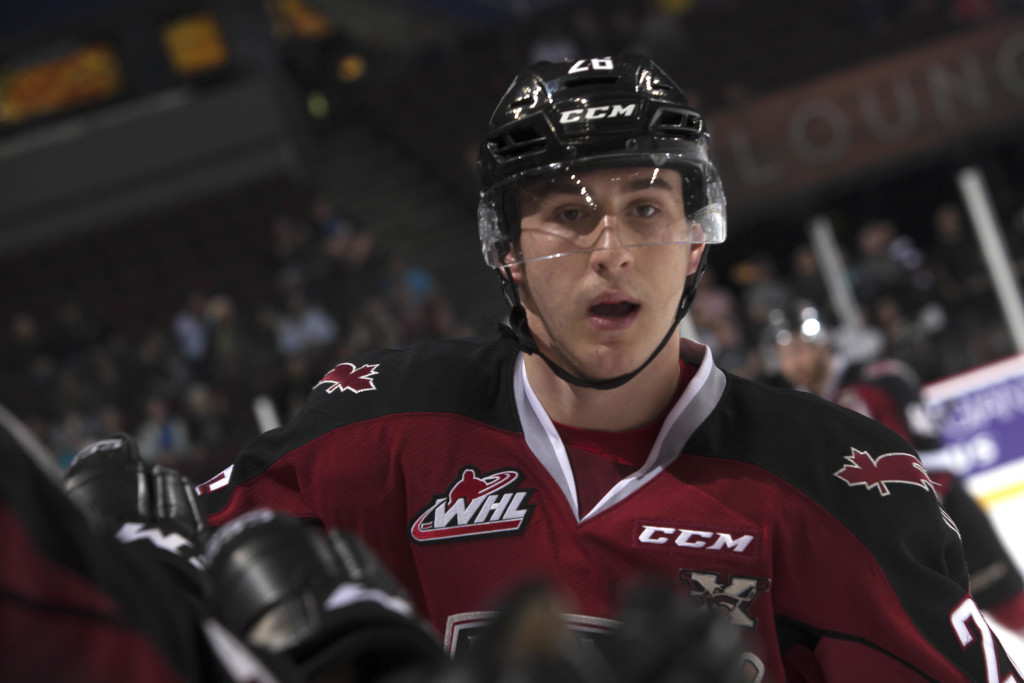 Reid Gardiner scored the lone goal in the shootout as the Vancouver Giants dropped a 5-4 thriller to the Prince Albert Raiders at the Art Hauser Centre on Friday evening. The G-Men got goals from Dakota Odgers, Jackson Houck, Jesse Roach and Alec Baer.

Vancouver had a strong start to the first away game of the season as Odgers and Houck both found the net in the opening frame to put the Giants ahead 2-0. The Raiders tied the game in the middle frame, though, getting markers from Sean Montgomery just 1:24 into the period, and Simon Stransky on a power play, but Vancouver regained the lead in the final minute of the period when Odgers setup Roach on a 2-on-1 for his first of the year.

The Prince Albert club kept pushing in the third period and took the lead after goals from Gardiner and Luke Coleman. The Giants pulled goaltender Payton Lee in the late stages to try and tie the game, and Baer delivered when he chipped a puck past Raiders goalie Ian Scott with just 35 seconds left to force overtime.

Lee came up big for Vancouver early in 3-on-3 overtime, making a tremendous stop on Matteo Gennaro on a 2-on-0 to keep the Giants alive. Vancouver was given a power play in the extra period, but they coiuldn’t capitalize, and the game went to the shootout.

Carter Popoff, Houck and Radovan Bondra all missed in the shootout for Vancouver as the Raiders earned the extra point.

Vancouver went 0-for-3 on the power play in the loss. Lee turned aside 32 of 36 shots that the Raiders fired his way.

The Giants will return to action on Sunday afternoon when they visit the Saskatoon Blades. Catch the action live on TSN 1040, beginning with the Pre-Game Show at noon. Puck drop is at 1:00pm.

Vancouver’s next home game is on Friday, October 16th when the Tri-City Americans visit the Pacific Coliseum. For tickets, click here or call 604-4-GIANTS.