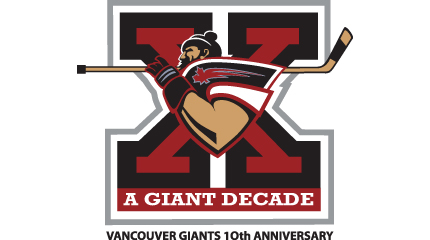 The Vancouver Giants suffered their second straight loss of the season, falling to the Portland 7-2 in the front half of their home and home series with the Winterhawks.

Spencer Bennett opened the scoring for the home side just 1:47 into the game, converting a nice feed from Ty Rattie. Brendan Gallagher responded just over 10 minutes later, picking up his 3rd of the season and league leading 7th point of the year. However, before the first period was out, Brendan Leipsic found himself all alone in front of Derek Tendler with 34 seconds remaining in the frame and he would make no mistake. 2-1 Portland after one period.

In the 2nd Brad Ross, fresh off training camp with the Toronto Maple Leafs, scored a hilite reel goal to put his team in front 3-1. Later in the period, the Giants suffered some bad luck, Josh Hanson’s point shot went off the skate of James Henry and redirected past Tendler. Winterhawks led 4-1. Henry would redeem himself on the power play, finishing off a nice cross crease pass from Greg Lamoureux. Vancouver trailed 4-2 after two periods.

In the third the Giants hung tough, but couldn’t generate any chances. Portland ended up scoring 3 goals late, 2 on the power play to solidify a 7-2 victory.

These two teams will do it all over again Wednesday night when the Winterhawks make the trip to Vancouver. Game time is 7:00pm. All the action, including the pregame show, can be heard on AM 650 beginning at 6:30.