Giants Lose in OT in Regina 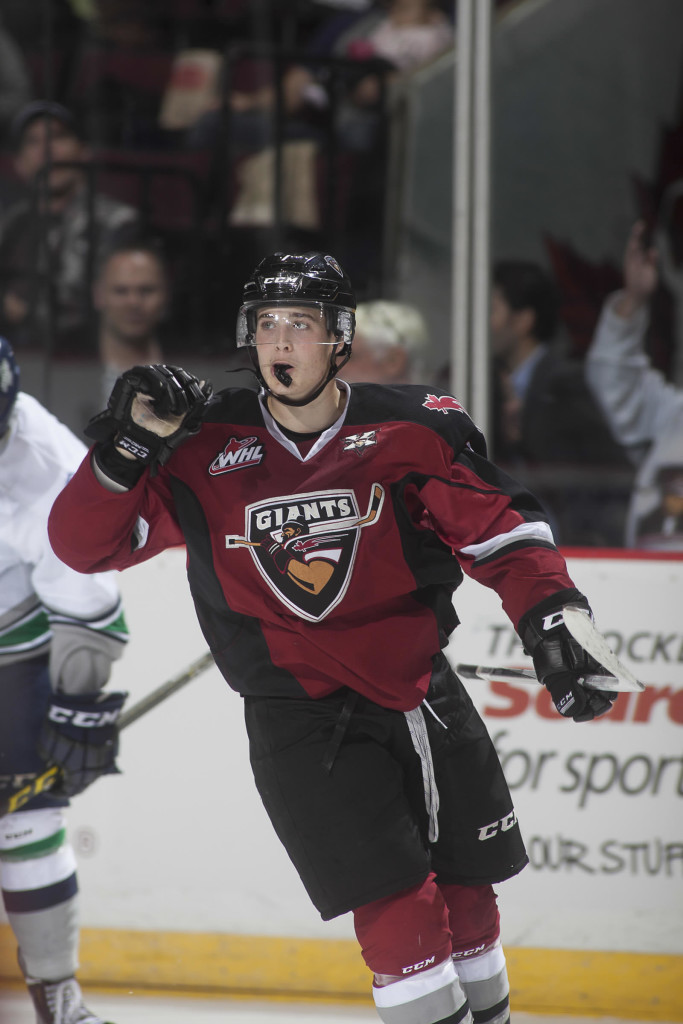 The Vancouver Giants lost in heartbreaking fashion on Friday night, falling 6-5 to the Regina Pats in overtime at the Brandt Centre. Ty Ronning had a hat-trick for the G-Men while Ty Comrie and Dakota Odgers also scored. The Giants are 3-2-1-1 on the season.

Ronning netted his first of the game just over five minutes into the first period to give the visitors the early lead, but Connor Hobbs and Sergey Zborovskiy both scored goals in the last five minutes of the frame to give the Pats a 2-1 lead after 20 minutes.

Ronning pulled the Giants back to level terms in the opening minutes of the second stanza, but Rykr Cole responded for Regina to put the home team on top again. After Cole’s goal, Vancouver starter Cody Porter was replaced by Ryan Kubic between the pipes. Comrie pulled the Giants back onto level terms yet again, scoring his first as a Giant after a nifty setup by Alec Baer, and Ronning completed his hat-trick with a power play marker in the final minute of the period to give the Giants the advantage.

Odgers extended the Vancouver lead in the third period, scoring a shorthanded goal on an odd-man rush to make it 5-3, but the Pats stormed back late, getting goals from Riley Woods and Lane Zablocki in the last five minutes to force overtime.

In the 3-on-3 period, Kubic came up big with a couple of dazzling saves on Austin Wagner to keep the Giants alive, but it wasn’t enough, as Adam Brooks scored the winning goal on a 3-on-1 rush to give the Pats the extra point.

The Giants were 1-for-3 on the power play.

Vancouver will conclude their six-game road trip on Saturday evening with a visit to Swift Current to face the Broncos. Puck drop is set for 6:00pm. Listen live on TSN1040.ca.