Giants Lose 6-4 to the Royals in Victoria 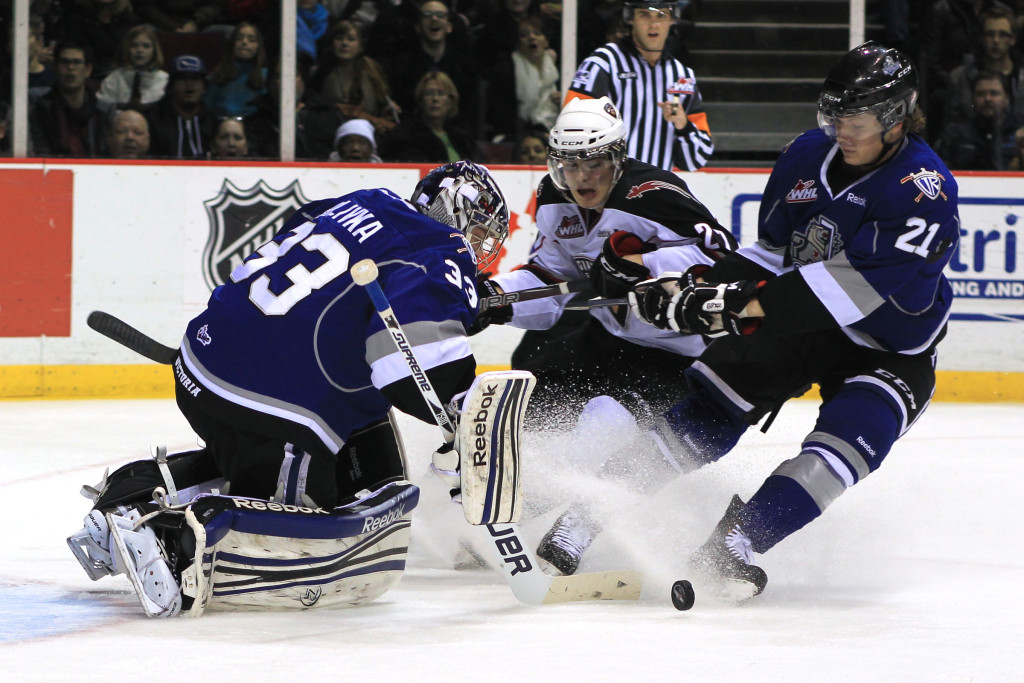 The trio of Brandon Magee, Alex Gogolev and Steve Hodges were too much for the Vancouver Giants to handle on Friday night in Victoria.

Those three combined for 10 points in a 6-4 win for the Royals over the Giants in the first of two games this weekend on the Island.  Magee scored four goals, Gogolev had  four assists, and Hodges chipped in with two helpers in the win.  The three now have combined for 38 points in their last 7 games.

The Giants kept it close, leading twice, 2-1 after one and 3-2 five minutes into the 2nd.  The difference was two quick goals by the Royals early in the 3rd, and a power play that went 3 for 5.  The Royals outshot the Giants 29-24 in a feisty game that had 93 minutes in penalties and 8 fighting majors.

Cain Franson and Jackson Houck kept up their torrid pace.  Houck with 2 goals and Franson with a goal and an assist.  Both are on a point a game clip over the last 15 games.  Carter Popoff also scored for the Giants, who will be back on the ice with the Royals Saturday at 7pm.  The pre game show on The Team 1040 starts at 6:30.