Giants Lose 6-4 to the Cougars in Prince George 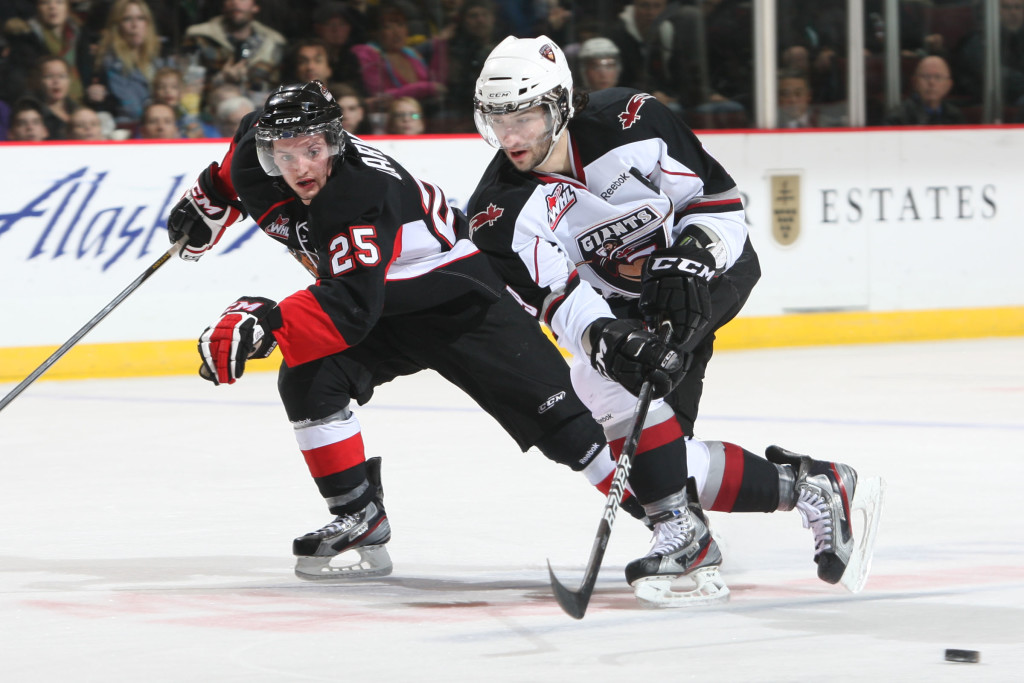 Three goals in just over 5 minutes late in the first period and a pair of two goal leads were not enough for the Giants to earn a win in Prince George on Friday in the first game of a weekend set with the Cougars.

Jari Erricson had two goals and an assist to lead PG to a 6-4 win over Vancouver in front of 1,695 fans at the CN Centre.

The Giants goals from Brendan Rouse, Travis McEvoy, Riley Kieser and Cain Franson, who collected his team leading 20th goal of the season.  Jackson Houck had two assists in the game to increase his team leading point total to 47.

The Giants led 3-1 after 1 and 4-2 in the second before the Cougars comeback.

PG outshot Vancouver 42-32.  The Giants were 2 for 3 on the powerplay and killed off 2 of 3 Prince George power plays, including a five minute major and game misconduct to Dalton Sward for kneeing.