Giants Lose 5-4 to the Winterhawks in the Shootout 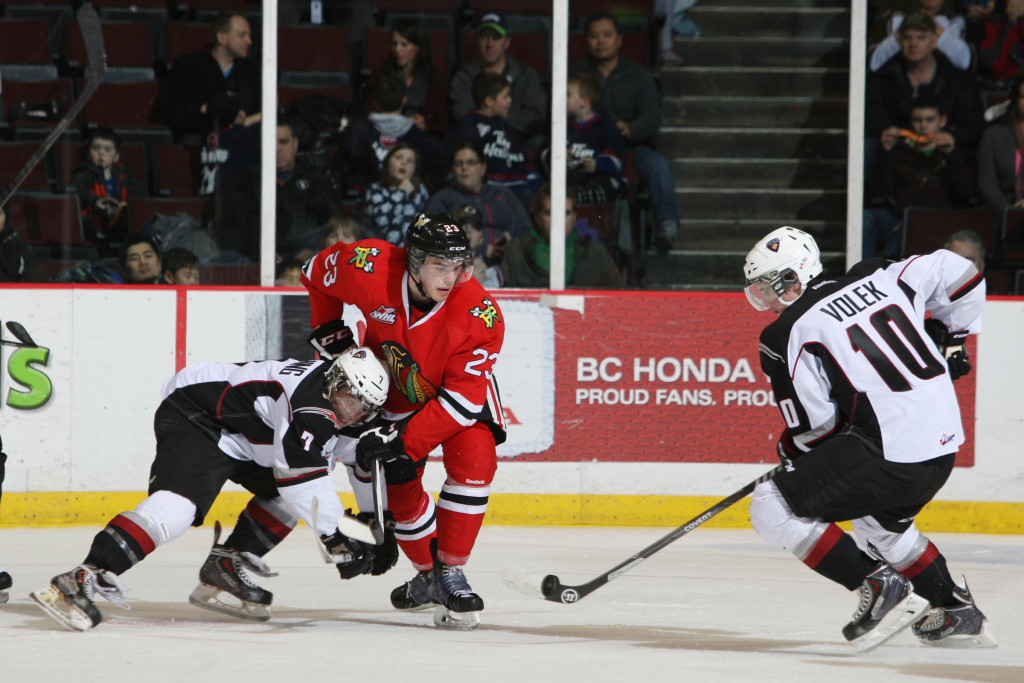 The Portland Winterhawks scored short-handed late in the third period to tie the game at four en route to a 5-4 shootout win over the Vancouver Giants Sunday night at the Pacific Coliseum.

Brett Kulak had a goal and an assist, giving him a career-high 46 points so far this season.

Dalton Thrower also had a goal and an assist in the game.

Dominik Volek scored his second goal in as many games as a Giant, and Dalton Sward had a short-handed marker in the game.

Payton Lee made 24 saves on 25 shots after replacing Jared Rathjen early in the second period.

The Giants had 28 shots on goal.